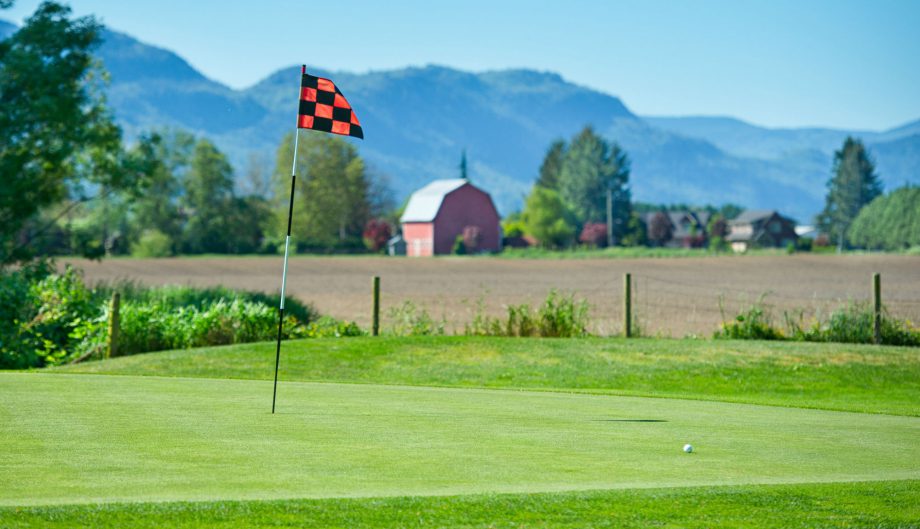 The opening round of the first of six regional Future Links, driven by Acura Championships is in the books after Chilliwack Golf Club hosted the Pacific edition on Friday.

Jeevan Sihota shot an opening round of 67 while Euna Han shot a 68 to lead the Junior Boys and Junior Girls Divisions, respectively.

Sihota, who is just 13-years-old, only bogeyed two holes in round one and his five birdies and one eagle vaulted him to the top of the leaderboard, with a two-shot cushion. The youngster was able to maintain his composure despite navigating the challenging tree-lined Chilliwack course.

“The course was a bit tricky, but it’s nice,” he said. “I like the way the greens are right now. I was just kind of in the moment. Same thing tomorrow, just going to play smart and hope I go low again.”

Three boys — Chandler McDowell, Samuel Su and Max Sekulic – all shot 69 to put them two back of Sihota. Su played his round bogey free while McDowell and Sekulic, who are both part of Team Canada’s Development Squad, dropped four and two shots respectively during their opening rounds.

McDowell was able to overcome his four-bogey round with two clutch eagles on holes five and nine.

“I felt good out there, and the two eagles helped for sure,” said McDowell. “Other than that I just tried to keep it in play and just cruise along.”

Han’s 68 puts her at the top of the girls division, also by two strokes. The 14-year-old almost played mistake-free golf other than the double bogey she registered on the fourth hole. After she was able to make the turn at even par, Han birded both 10 and 11 before adding two more on 15 and 18 to finish 4-under.

Susan Xiao sits in solo-second after she posted a 70 that was mainly propelled by a string of four birdies on the final six holes of the front nine. Defending champion Mary Parsons is the only other in the girls division that sits in the red. Her opening round of 71 has her three back in the lead and within striking distance heading to the weekend.

“I feel like I left a couple shots out of there, but I definitely gained some that could have turned out worse, so I scrambled well,” said Parsons, after her round. “I finished birdie-birdie so hopefully I can take that momentum coming into tomorrow.”