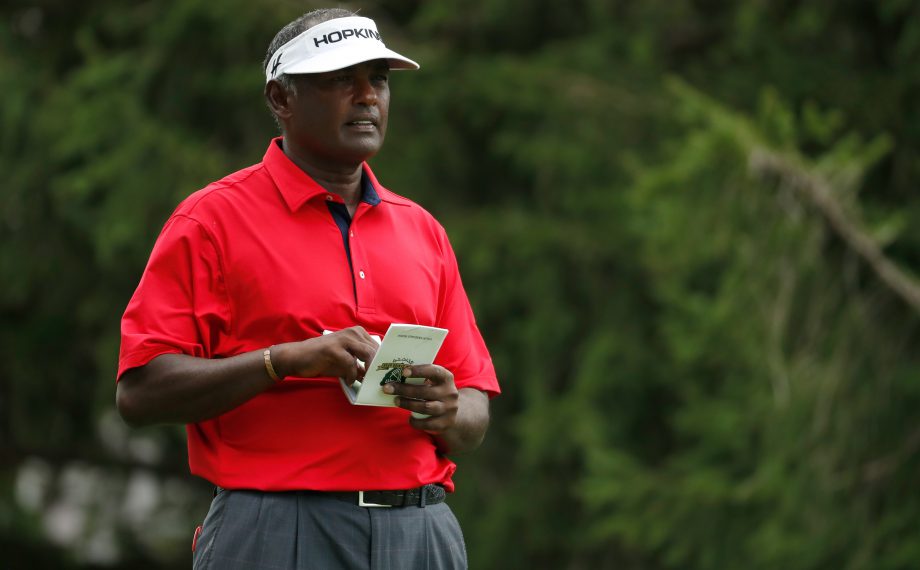 The Champions Tour event will be contested at Bear Mountain Golf Resort’s Mountain Course in Victoria the week of September 19-25, 2016. The tournament will feature a US$2.5 million purse, with 81 players competing for a winner’s share of $375,000.

Singh, who was inducted into the World Golf Hall of Fame in 2005, won 34 times over a standout PGA TOUR career, including major championship wins at the 1998 and 2004 PGA Championship, as well as the 2000 Masters Tournament.

The Fiji native competed on the International Presidents Cup team eight times throughout his illustrious career, where 31 of his 34 wins came during the Tiger Woods era. The 34 victories rank 14th on the all-time PGA TOUR wins list, ahead of names such as Lee Trevino, Gary Player and Johnny Miller.

Montgomerie, who spent the vast majority of his career competing on the European Tour, has made a second home on the Champions Tour. The 53-year-old has notched three victories on Tour, including the 2014 and 2015 Senior PGA Championship presented by KitchenAid, as well as the 2014 U.S. Senior Open – all of which are senior major championships.

The eight-time European Ryder Cup team member compiled one of the all-time best records in the biennial event, posting a 20-7-1 stat line without losing a singles match. During his tenure on the team, the Scotland native helped the Europeans to five victories, with each coming in his last six years of competition from 1995 through 2006.

Montgomerie won a record eight European Tour Order of Merit titles, including seven in a row from 1993 through 1999. His 31 career victories, which are the most of any British player in Tour history, gave way to a World Golf Hall of Fame induction in 2013.

Much like Montgomerie, Jimenez became a household name through his play overseas, including four stints on the European Ryder Cup team alongside 21 victories.

The 52-year-old earned fan favorite status through the years with his trademark ponytail and well-lit cigar during tournament rounds. On social media, Jimenez acquired an entirely new set of fans via his pre-round stretching routine, which combined the looks of yoga and dance to create an infinite number of posts on numerous outlets.

On the Champions Tour, the Spaniard has won an event each of the last three years, with a victory at the Mitsubishi Electric Classic in April serving as the most recent. Jimenez has been the best player on Tour this year behind Bernhard Langer, notching a staggering seven top-5 finishes in eight starts, including the win and four runner-up finishes.

The trio of legends was joined by five other players of note in the event’s most recent commitment list, with World Golf Hall of Fame member Mark O’Meara leading the way.

Tournament week in Victoria will begin with Official Pro-Ams on Wednesday and Thursday, followed by 54 holes of championship play from Friday through Sunday, with no cut. All three competitive rounds will be broadcast live by Golf Channel to more than 200 million homes in 84 countries and 11 languages around the world.

Tickets are also on-sale for this premier event and can be purchased at www.selectyourtickets.com.