Snedeker closes with 69, then waits to see if it’s enough 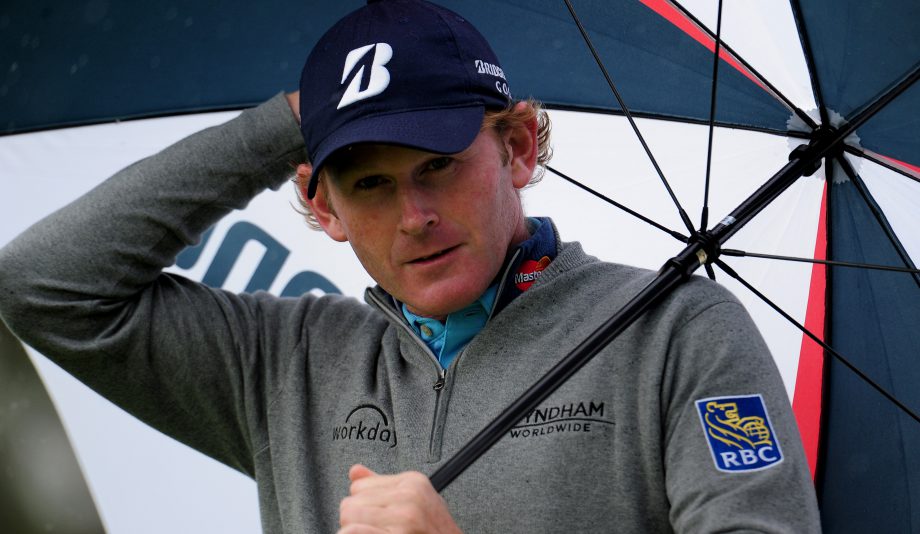 SAN DIEGO – Brandt Snedeker called it one of the best rounds he ever played, one he doubts he could repeat if he had to start over. Still to be determined was whether his 3-under 69 in a raging wind and occasional rain at Torrey Pines was good enough to win.

The final round suspended three times because of conditions deemed too severe to play, and it was uncertain if the Farmers Insurance Open would finish Sunday.

Snedeker played the final 17 holes without a bogey, and he was the only player to shoot par or better in gusts that topped 40 mph and rain that made it feel even stronger. He one regret was not getting up-and-down for birdie on the par-5 18th hole, fearing that might leave him short of another unlikely victory at Torrey Pines.

As he stood on the 18th tee with the wind at his back, the final group of Jimmy Walker, K.J. Choi and Scott Brown were above him on the ninth tee headed in the other direction. When play was halted for the third time, Walker was at 7 under, one shot ahead of Snedeker and Choi. The final group was through 10 holes.

“It’s like playing a British Open on a U.S. Open setup,” Snedeker said. “This course is so tough. It’s blowing 25 mph, gusting out there and windy and rainy conditions. It’s really tough. I wish I could say why I shot what I shot today. It was one of those days where you throw everything out of your mind and go play golf land grind as best as you possibly could.”

The average score when play was halted was over 78.

The next best score to Snedeker was a 73 by Shane Lowry of Ireland.

There already were nine rounds in the 80s and certain to be more.

Snedeker started the final round six shots out of the lead. He won at Torrey Pines in 2012 by rallying from seven shots back in the final round, needing help from a triple bogey by Kyle Stanley on the final hole before beating him in a playoff.

This time, his help might come from Mother Nature.

Adam Hadwin will most likely finish as the top Canadian. He was sitting at 8-over with five holes to go when play was called.