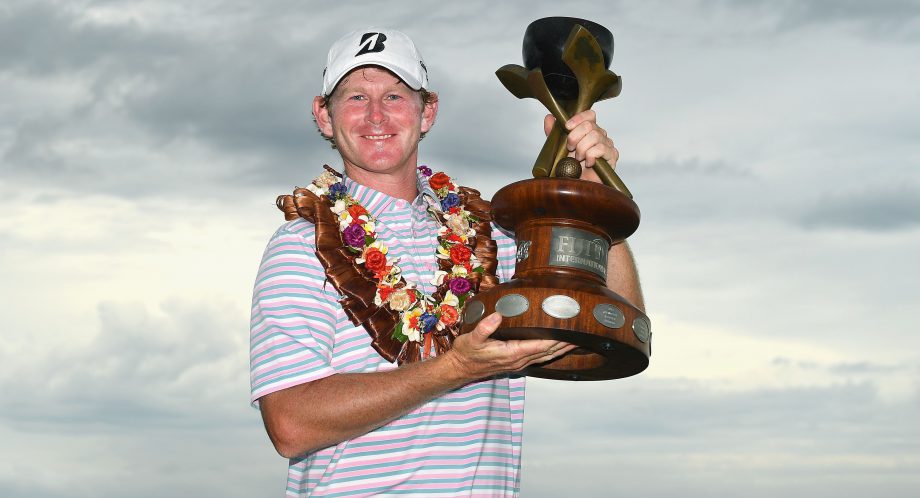 NATADOLA, Fiji – Brandt Snedeker ran away with the wind-swept Fiji International on Sunday, closing with a 4-under 68 for a nine-stroke victory.

Coming off the United States’ Ryder Cup victory in Minnesota, Snedeker had five birdies and bogey to finish at 16-under 272 at Vijay Singh-designed Natadola Bay. He opened with rounds of 69, 64 and 70 to take a three-stroke lead into the final round.

“It kind of worked out perfectly today because it was playing so tough, nobody could really make a run,” Snedeker said. “There were no low scores out there, so that made my job a lot easier. It’s been a pretty good two weeks, I was joking earlier I might add another tournament next week. It’s been an unbelievable run. To play the way I have has been really fun.”

Ranked 23rd in the world, the 35-year-old Snedeker won his first international title in the event sanctioned by European and Australasian tours. He had the largest margin of victory this season on the European Tour, stopping Charl Schwartzel’s eight-shot win in the Tshwane Open.

“To go out there and the play the way I did at the weekend, extend my lead, I’m very happy with how comfortable I felt in that situation,” Snedeker said. “I never really gave any back or did anything that would cause myself to lose the golf tournament. I’m just building all that positive stuff right now, so it’s a lot of fun.

He also won in February at Torrey Pines in California for his eighth PGA Tour title.

New Zealand’s Michael Hendry was second at a 7 under after a 72. New Zealand’s Brad Shilton (69) was another stroke back along with Australians Andrew Evans (71), Matthew Giles (64) and Anthony Houston (75).

Singh tied for 21st at 2 under after a 69. The 53-year-old Fijian is a three-time major champion.