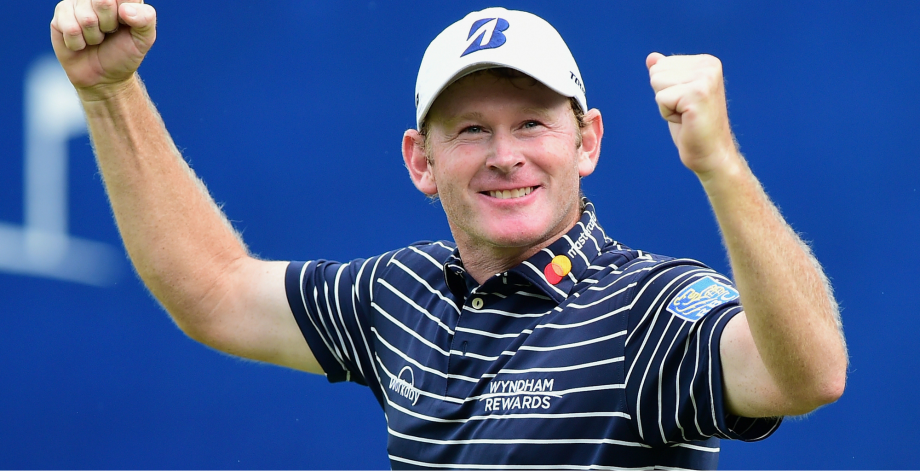 GREENSBORO, N.C. — When the sun set on the Wyndham Championship, Nick Taylor of Abbotsford, B.C., and David Hearn of Brantford, Ont., were tied for eighth to become the top Canadians at the tournament.

With four consecutive birdies on the front-nine, an eagle on the 15th hole and a round closing birdie, Taylor fired a scorching 63 to finish the PGA regular season 119th in the FedEx Cup standings, qualifying for the FedEx Cup playoffs and earning full PGA status for next year.

Hearn also ended the tournament in a tie for eighth at 15 under after carding a 70 in the final round. He finishes short of the top-125 at No. 138.

Brandt Snedeker won the Wyndham Championship on Sunday for his ninth PGA Tour title, four days after opening with an 11-under 59.

Snedeker closed with a 65 for a three-stroke victory in the regular-season finale, breaking a tie with C.T. Pan on the final hole with a birdie and Pan’s double bogey in the group ahead.

Snedeker finished at 21-under 259 for his first win since 2016 and his second at the tournament, but first at Sedgefield Country Club.

Pan shot a 66 to tie for second with Webb Simpson.

Simpson matched his career-best with a 62.

Snedeker opened the tournament with the 59 that made him the first tour player this year and just the 10th ever to break 60, then on the final day played 29 holes at 5 under to seal it.

He was never in danger of missing the Fed Ex Cup playoffs for the first time in his career, but the victory gave him a huge jump on the points list. He climbed 50 spots to No. 30 on the list, after arriving at 80th _ which would have been his lowest finish.

For a while, it looked like it might come down to a playoff between Pan and Snedeker, who were even at 20 under entering Pan’s final hole.

With the victory seemingly inevitable at that point, Snedeker sank a 20-foot birdie putt on the 18th to end it.

Severe weather led organizers to suspend the third round with 30 players still on the course and bring everybody back to Sedgefield on Sunday morning, leaving Snedeker with 29 holes to play on the final day.

He wrapped up that round with a one-stroke lead at 16 under before heading back onto the course. Since the tournament moved here in 2008, every third-round leader who was that far under par has gone on to win.

The other subplot at Sedgefield is the last-minute push for the playoffs, which begin next week at The Northern Trust in New Jersey with the top 125 players qualifying. With every player who was between Nos. 122-127 missing the cut, there figured to be plenty of movement near the bubble.

Sergio Garcia will miss the playoffs for the first time in his career after winding up 131st on the points list. Harris English and Nick Taylor played their way in, with Taylor saying he would “kind of soak it in and realize that we’ve finally done it.

“It’s really satisfying to finish it off,” he said.