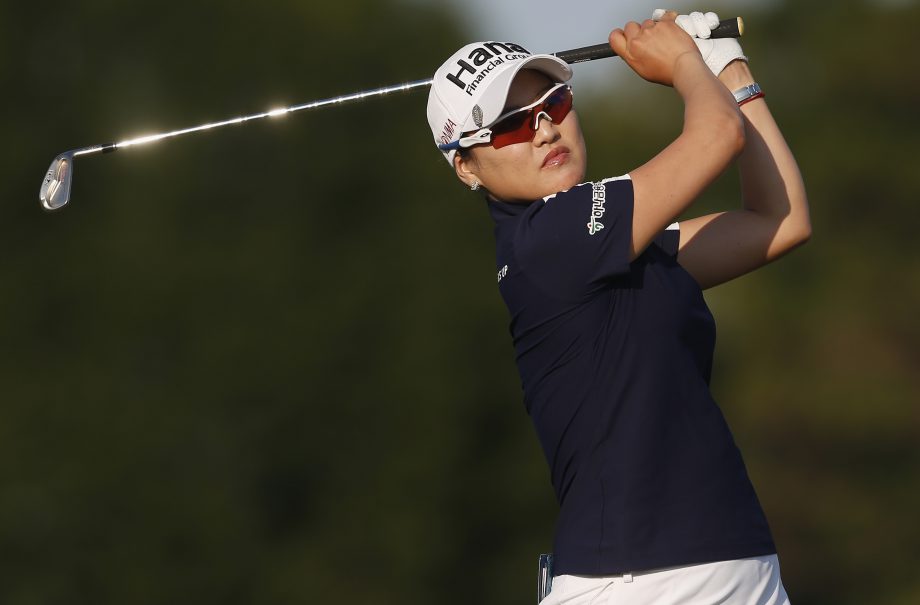 PRATTVILLE, Ala. – So Yeon Ryu birdied five of her last eight holes for a bogey-free 7-under 65 and a two-stroke lead Friday in the windy Yokohama Tire LPGA Classic.

Ranked 10th in the world but sixth in the race for the four spots on South Korea’s Olympic team, Ryu made three straight birdies on Nos. 2-4 and added two more on the par-4 sixth and par-5 eighth.

“Yesterday my shot was really great, but I couldn’t make a lot of putts, but today I pretty much made everything,” Ryu said. “It was a bit windy, but we played with a lot of wind the last few weeks, so it wasn’t really like really big difference. I think I was good at reading the wind as well, especially happy with having a bogey-free round and having seven birdies under my belt really feels good.”

The 2011 U.S. Women’s Open champion had a 9-under 135 total on the links-style Senator Course at the Robert Trent Jones Golf Trail’s Capitol Hill complex.

“I heard it’s not going to be this windy on the weekend, so I think the course is going to feel slightly easier,” Ryu said. “I think I just want to do what I did today, just focus on my ball and focus on each shot, focus on the moment.”

Lee closed with a bogey for a 70. The 19-year-old Australian won last month in Hawaii for her second LPGA Tour title.

“I think the wind direction was a little bit different,” Lee said. “I feel like I had more, maybe crosswinds and not as many downwind holes, so it makes it a little more trickier. But all in all, I think I played pretty solid.”

Pressel had a bogey-free 68.

“I’ve only made one bogey over the last two days, which is helpful,” Pressel said. “I’ve made a lot of good putts, both for birdie and for par, and just haven’t put myself in a lot of trouble. … It’s very difficult to play in the wind. I just really tried to stay patient out there and get birdies when I had the opportunity, but kind of sometimes play a little safer than going at every pin.”

O’Toole birdied her final hole for a 67.

First-round leader Laetitia Beck followed her opening 65 with a 73 to drop into a tie for fifth at 6 under with Caroline Masson (68) and Annie Park (71).

“I’m going to learn from today and hopefully handle the pressure a little better tomorrow,” said Beck, the first Israeli player to qualify for the LPGA Tour. “I think the wind made it a little harder, and some pin placements were tricky, and for me today the putts were harder.”

Hamilton’s Alena Sharp is the top Canadian. She had a 5-under 67 to move to 4 under, good for 15th place. Brooke Henderson of Smiths Falls, Ont., and Samantha Richdale of Kelowna, B.C., both shot 73s and are 1 over. Maude-Aimee Leblanc, of Sherbrooke, Que., and Quebec City’s Anne-Catherine Tanguay failed to make the cut.

Fourth-ranked Stacy Lewis, the 2012 winner, topped the group at 5 under after a 68. She birdied the final two holes.

“Stayed patient there on the back nine and was rewarded at the end with two good birdies,” said Lewis, winless in 48 events. “It’s playing hard, so I knew every shot you can get back and get a little closer is always good. It was blowing harder yesterday afternoon, but it was still going pretty good.”

Kris Tamulis missed the cut in her title defence with rounds of 76 and 77.