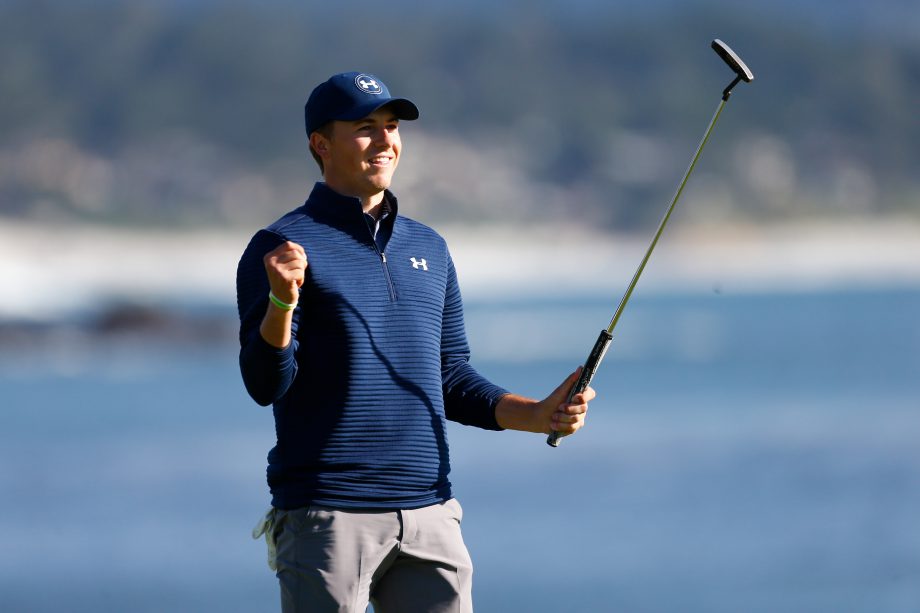 Spieth started with a six-shot lead and no one got closer than three all day. He putted for birdie on all but one hole and closed with a 2-under 70 for a four-shot victory over former U.S. Amateur champion Kelly Kraft, who shot 67.

The scenery was as spectacular as it gets on the Monterey Peninsula. The final round was on the dull side, and that was just fine with Spieth.

“That’s a dream round when you’re leading by a bunch,” Spieth said.

It was his first 54-hole lead on the PGA Tour since the Masters, where he lost a five-shot lead on the back nine at Augusta National. The 23-year-old Texan ran off 14 straight pars until a 30-foot birdie on the par-3 17th. That allowed for an easy walk up the 18th, a closing hole even more gorgeous with a four-shot lead.

Spieth’s only other birdie was on the par-5 second when he two-putted from 12 feet.

One day after he took only 23 putts on the bumpy greens of Pebble Beach, he didn’t make hard anything, and didn’t look to be trying to make them from above the hole to avoid putting himself in a position to drop shots.

No one could put any pressure on him over the opening seven holes, which is where rallies begin at Pebble Beach.

Two-time Pebble Beach winner Brandt Snedeker, playing in the final group with Spieth, managed three birdies through six holes to get within four shots. But he narrowly missed birdie chances on the fifth and seventh holes, and he fell back with a bogey on the ninth. Snedeker closed with nine straight pars for a 70 to finish fourth.

Kraft, a close friend of Spieth’s from Dallas, ran off four straight birdies on the front nine, and his birdie at No. 11 got him to within three shots. His last hope was missing an 8-foot birdie putt on the 17th hole.

“I don’t like boring golf,” he said. “But that’s what was needed today.”

He played the final 28 holes without a bogey.

Spieth became the seventh straight PGA Tour winner in his 20s, and he got back into the hunt for No. 1. He had fallen far enough behind that even by beating a strong field at Pebble Beach, it will not move him from No. 6.

But he goes to Riviera next week with a chance to reach as high as No. 2. Johnson, with this third-place finish, could go to No. 1 by winning at Riviera.

The spot now belongs to Jason Day, who shared the 36-hole lead at Pebble Beach and fell 10 shots behind with a 75 on Saturday. Day bounced back with a 67 to tie for fifth with Gary Woodland (65) and Torrey Pines winner Jon Rahm (68).

Spieth now has four top 10s in his four starts this year and already appears to be peaking as the Masters gets closer. He has shot under par in all 16 rounds he has played this year, 17 in a row dating to the Tour Championship last fall.

The only disappointment for Spieth was not winning the pro-am with country singer Jake Owen. They tied for third, four shots behind Ken Duke and Carson Daly.