Spieth coming off a big year and looking to improve 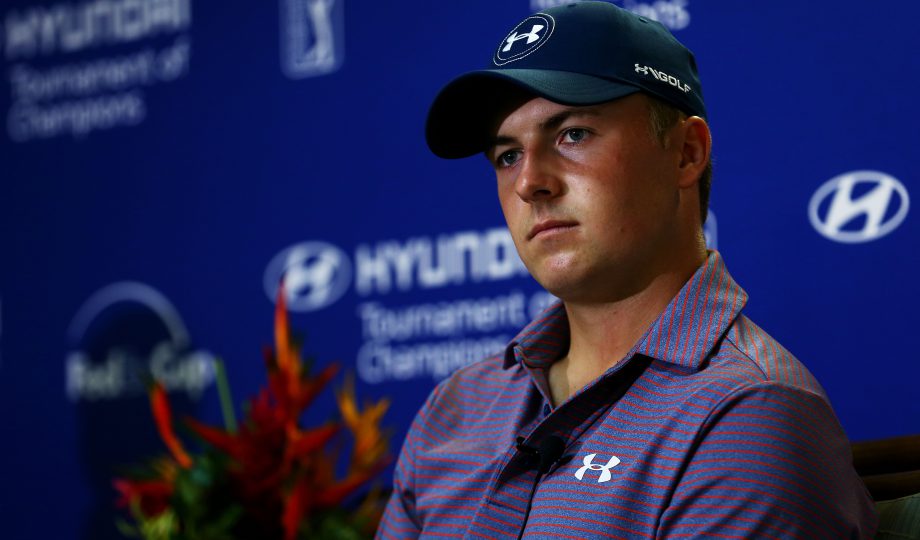 KAPALUA, Hawaii – Jordan Spieth had an answer for anyone curious about what he will do for an encore.

“Doesn’t an encore mean that the show is then over?” he said Tuesday.

The 22-year-old Texan is well aware of the attention that will be heaped on him when he starts a new year at the Hyundai Tournament of Champions. His hope is to get better in areas of the game that could improve, no matter how slight.

That doesn’t mean it will translate into two majors and a shot at the Grand Slam, five PGA Tour titles, $12 million in earnings, a Vardon Trophy and a FedEx Cup title with its $10 million bonus, or even staying at No. 1 in the world.

Tiger Woods and Rory McIlroy are the only players in the last 20 years to win two majors and play consistently well enough to win the PGA Tour money title.

Spieth has his own set of expectations. The golfing public will have another.

“I’m sure they’ll measure it based on last year,” Spieth said. “The easiest thing for me to look at is Rory in the past. After his 2014, they’ll compare 2015. I think 2013 was the year which he considered a letdown for him after a major championship in ’12. It just seems that you’re judging from the previous year. That’s the general public, so I give you my perspective as being in the general public for somebody else.

“For me, I’m not even thinking of it as a new year,” he said. “I’m just thinking we had a three-week break and we’re just continuing to hopefully stay at the same level.”

So what would he consider a great year?

“Last year,” he said with a smile.

The only difference is the month and the numbers for the new year.

He played the Australian Open. He played in the Hero World Challenge in the Bahamas. He took a side trip to Augusta National with his dad and his agent, stepping into the Champions Locker Room for the first time, the space above the clubhouse reserved for Masters champions.

And then he was home in Dallas for Christmas, long enough to sit down with coach Cameron McCormick and pore over the statistics to see what needed work.

He targeted his wedge play, not only hitting it closer from 60 yards to 140 yards, but getting up-and-down around the green. McCormick sees the numbers before Spieth, and he asked Spieth how he felt about various aspects of his game.

Spieth told him he felt his wedge game was average last year, “and it was as average as any category that we had.”

That’s hard to believe, particularly because Spieth’s wedge game was a big part of his wire-to-wire victory in the Masters when he tied Woods’ record score of 270. Spieth felt a little bit better that Shotlink statistics were not available at Augusta National and other majors.

And now he’s off and running – along with a little swimming.

Unlike two years ago when he first qualified for this winners-only event at Kapalua, he brought his family with him (except for brother Steven, the shooting guard at Brown who already is back to school and to basketball). Spieth still has a small rash on the inside of his left elbow from trying to spearfish. He has taken teenage sister Ellie swimming and even jumped off the rocks into the ocean at the Cliff House down by the shore.

Spieth finished one shot behind Zach Johnson at Kapalua when he first qualified for this winners-only event two years ago. He has a busy start to the year, as usual, only this time he is taking a detour to Asia to play in the Abu Dhabi HSBC Golf Championship and the Singapore Open, before returning to Pebble Beach and Riviera. A year ago, he finished one shot out of a playoff at Riviera.

The real measure, as with so many other top players, will be the majors. The other measure, invariably, will be how he stacks up against 2015.

Graeme McDowell knows the feeling. He won four times in 2010, including the U.S. Open at Pebble Beach, and he won the clinching match for Europe in the Ryder Cup.

“From a mental point of view, it’s like shooting 63 in the second round and you go out Saturday and try to back that up,” McDowell said. “We all deal with it different. Jordan seems to take things in stride. He seems to have an unbelievable head on his shoulders. No doubt, a big story line is how he’s doing to do. It’s hard to follow up what he’s accomplished. But nothing he does surprises you.”