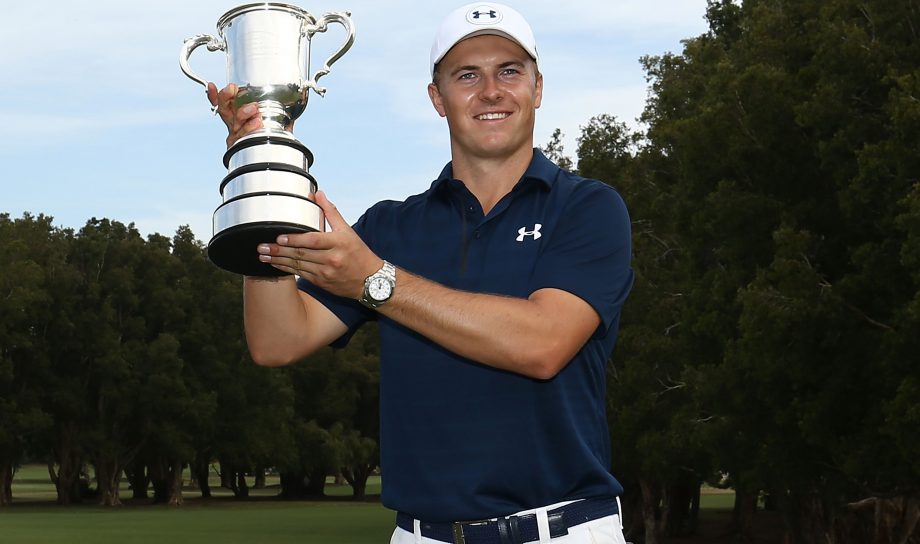 SYDNEY, Australia – Jordan Spieth believes his victory at the Australian Open on Sunday will “do wonders” for his career, just as it did when he won the tournament for the first time in 2014.

For Spieth, it was more than winning the tournament for a second time.

“The way we played the playoff, I think is going to do wonders for me,” Spieth said. “I’ve been in a little bit of stall hitting shots when they mattered … To hit those two shots in there, right where I wanted to hit them and then make the putt is really big going forward.”

Four players held the lead at various times on a dramatic final day, including Spieth, who.

On the playoff hole – the 18th – Spieth put his approach to within 10 feet before Hall stepped up the pressure by knocking his to less than 8 feet.

The 23-year-old Spieth then showed the composure that won him the Masters and U.S. Open titles last year when he calmly sank his putt while Hall pushed his birdie attempt right of the cup.

Smith and Hall had some consolation as they secured starts at next year’s British Open at Royal Birkdale, as did two-time Australian Open champion Aaron Baddeley, who finished in a five-way tie for fourth at 10 under.

“I had a chance and that’s all I can ask for,” Hall said. “I was pretty close to getting a job in a couple weeks, no idea what. … I’ve got a couple young kids, so I have to keep money flowing in.”

Baddeley closed with a 1-under 71 and edged out Rod Pampling (70), Jason Scrivener (69), Ryan Fox (71) and third-round leader Geoff Ogilvy (73) for the spot at the British Open by virtue of his superior world ranking.

Ogilvy started the day with a two-stroke lead before Spieth made two birdies on his first two holes to go in front.

Ogilvy then chipped in for an eagle on the seventh hole to restore a two-shot margin and extended the lead to three shots before his round unraveled with a bogey on the par-4 15th and a double-bogey on the par-5 16th.

The former U.S. Open champion finished with a 73.

After Spieth’s 2014 victory, he went on in subsequent months to win the Masters and the U.S. Open, then missed the playoff at the British Open by a shot before finishing second to Jason Day at the PGA Championship.

“The best I ever hit it … was actually the week after I played the Australian Open in 2014,” Spieth said. “I hit the ball well here, played a fantastic final round and went on and took that victory into my best ball-striking week I’ve ever had as a golfer at Tiger’s event in Orlando. And I hope to do the same here.”