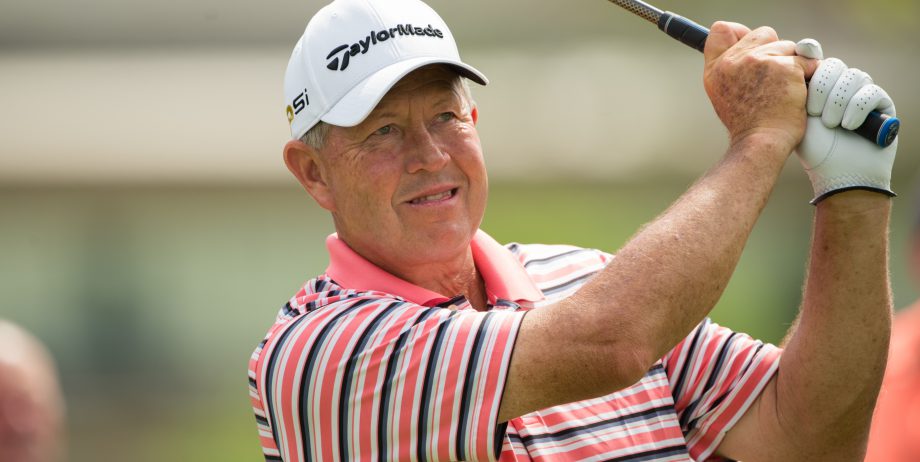 “Yes, I have a little more motivation as a Monday qualifier,” Day said. “I didn’t play as well today as I did Monday. I had no expectations this week. I just wanted to get into the tournament.”

On Monday, he topped the five qualifiers with a 7-under 64 at nearby Victory Links.

On Friday playing in the first group off the first tee at TPC Twin Cities, the 50-year-old Day had four straight late birdies in his bogey-free round.

“I made some putts and avoided mistakes,” Day said. “The greens are great. I was first out and they were perfect. Think first group out is an advantage.”

Langer closed with a 20-foot eagle putt. He has broken par in all 22 of his rounds in the event.

“Nine birdies and three mistakes,” the Scot said. “We know this course isn’t one of the most difficult. The fairways are quite generous and the greens are super. You’ve got to holing putts. I was doing that today. We’ll see how it does the next two days.”

“There are a lot of birdie holes on the back nine. It’s a horse race out here, especially on this course.”

Day won the 1999 MCI Classic for his lone PGA Tour title. On the senior tour, he tied for sixth in Mississippi in April and last month in Endicott, New York.

Larry Nelson shot his age with a 68, the third time he was accomplished the feat. The World Golf Hall of Famer also bettered his age last year in the event with a second-round 66 at age 67.

Fred Funk withdrew after 12 holes because of a back injury.