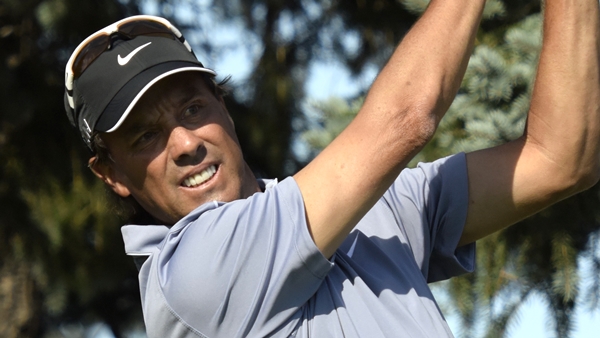 CALGARY— Calgary’s Stephen Ames has confirmed he will tee-it-up in his own backyard at the Champions Tour’s 2014 Shaw Charity Classic, August 27-31.

Ames, who became eligible to play on the Champions Tour after turning 50 on April 28, 2014, will make his second start on the senior circuit, and first in the tournament he helped bring to Calgary one year ago. Ames is part of six-person philanthropic Patron Group who has backed the award-winning tournament that doled out a record-setting charitable donation for youth-based charities in southern Alberta in its inaugural year.

“I am thrilled to have the opportunity to tee it up at home here in Calgary for the Shaw Charity Classic,” said Ames. “Many of us worked very hard for a long time to bring an event of this caliber to this market.  It will be truly satisfying for me to finally get a chance to compete in front of my friends and family.”

Ames, who has played 21 seasons on the PGA Tour, made his Champions Tour debut earlier this year at the Senior PGA Championship where he finished tied for 15th.

“I absolutely loved it,” said Ames of his lone Champions Tour start. “The guys on the Champions Tour very much mean business and are very competitive. There are a lot of career wins out here, but everyone remains very driven and has an appreciation for the work they have put in to get to this stage of their career. One thing that never leaves any of us is that we still want to play well. We still want to win. I would take great pride in doing both in Calgary.”

One of Canada’s most renowned golfers, Ames is no stranger to the winner’s circle having captured four PGA Tour victories during his illustrious career where he has racked up nearly $20 million in earnings. The longtime Calgary resident has finished in the top-10 58 times, and is recognized most for his dominant win at The Players Championship at TPC Sawgrass in 2006.

“Stephen has played a key role in helping the Patron Group bring the Champions Tour back to Calgary last year, and to have him compete in this event at home, will be a real treat for our spectators,” said Sean Van Kesteren, tournament director, Shaw Charity Classic. “Stephen is a big-time player, and one of the best ball strikers on the PGA Tour. Having him in the field playing in front of his fellow-Calgarians will make this year’s tournament extra special.”

It promises to be a memorable week, both on and off the golf course, for Ames who still has full-time privileges on the PGA Tour. In addition to playing in the tournament, he will also be officially inducted into the Canadian Golf Hall of Fame during a private ceremony at Canyon Meadows Golf and Country Club on Tuesday, August 26.