Stouffer, Samuel on verge of joining elite company ahead of final round at Breezy Bend 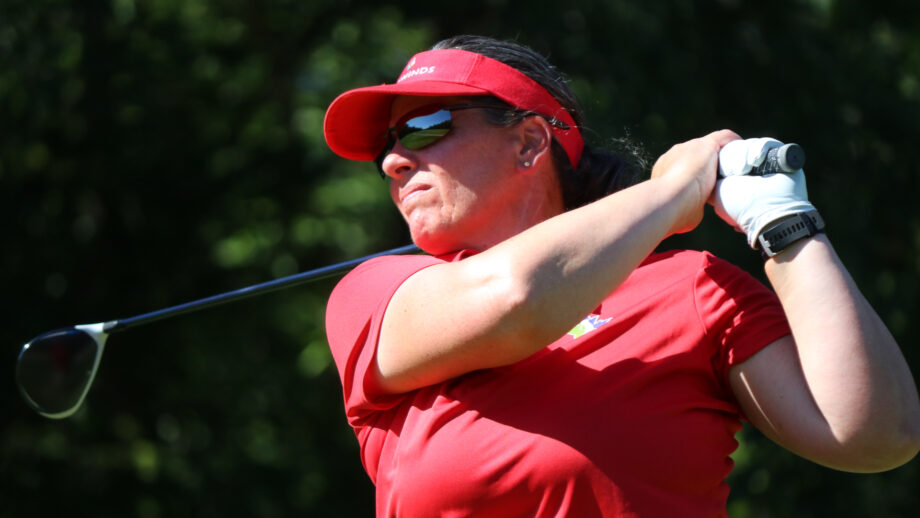 HEADINGLEY, Man. – Regardless of what happens on Thursday afternoon at Breezy Bend Country Club, Shelly Stouffer and Terrill Samuel can look back on this year’s golf season and be proud of what they’ve accomplished.

Nonetheless, the duo will have a chance to add to their impressive resumes at the Canadian Women’s Mid-Amateur and Senior Championship, presented by BDO.

Samuel, 61, was born in England, but moved to Canada when she was three months old and though she already has multiple Canadian titles to her name, she isn’t taking this week’s championship for granted.

“The national amateur is always a big deal,” said Samuel. “Because you are Canadian, right, so, yes, it would be a very proud moment for sure.”

“I said I could retire after that because that’s my best win ever,” Samuel laughed.

“I have played in some British [tournaments], so that’s helped, right; it’s not like it’s foreign to me, so I know how to keep the ball low,” said Samuel. “I only hit 3-wood off the tee all the time, but I hit it low, so it helps over there.”

Well, hitting it low will help over here tomorrow, too. Though the heat will once again descend on the golf course, the forecast calls for gusts of wind up to 50km/h, adding an extra variable to the challenging test of a final round at a national championship.

If Samuel sails to victory, she will join Canadian Golf Hall of Famer, Alison Murdoch, as the only Canadian golfer in history to win both the British Senior Women’s Amateur and the Canadian Women’s Senior Championship in the same year. Murdoch completed the feat in 2007.

Stouffer joked on Wednesday she “still might be in shock” about her victory in Alaska less than a month ago, but on Thursday, Breezy Bend will require all of the 52-year-old’s focus as she looks to recapture the Ada Mackenzie Trophy.

Wednesday afternoon struck a moment of déja vu in the mind of Nonie Marler.

For the second consecutive year, the Vancouver, B.C. native will take a one-stroke lead into the final round of the Canadian Women’s Mid-Amateur and Senior Championship, presented by BDO, only this time Marler will hope fate and fortune is on her side.

When the final putt dropped at Domaine Château Bromont in 2021, it was Christina Spence Proteau celebrating the national title – not Marler. On Thursday, however, the 38-year-old will have a shot at redemption, and she’ll count on last year’s experience to guide her to the winner’s circle.

“I’ve been there and done that now, right,” said Marler. “Last year, I hadn’t, so it was new to me and, it’s just you kind of have to feel the situation and now that I know, I know obviously the outcome and how to play through that and what happened from it, so, obviously, I just got to play within my own game tomorrow.”

“I’m happy that I’ve now had the experience because I can take that experience to tomorrow and it’s actually given me a lot of, like, a much cooler head… today too,” she said.

British Columbia claimed both the Katherine Holleur and Crockett trophies as champions of the Interprovincial Team competitions in both the Mid-Amateur and Senior divisions. The B.C. team composed of Marler, Stouffer and Proteau, won by 14 strokes over Ontario in the Mid-Amateur division, while Stouffer, Jackie Little and Sandrine Turbide were 15-stroke winners over Quebec in the Senior division.

The final round is set to begin at 8:00 a.m. on Thursday morning. The awards ceremony will follow the conclusion of play, around 3:00 p.m. Champions will be crowned in the Mid-Amateur, Mid-Master, Senior, and Super-Senior divisions.