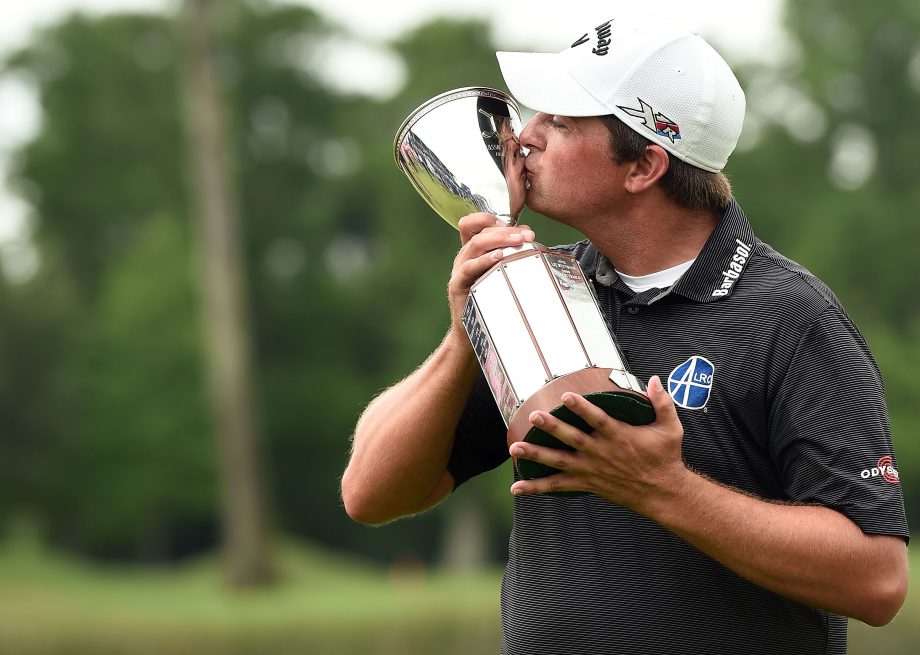 Stuard never bogeyed a hole throughout the tournament on the long (7,425-yard), par-72 TPC Louisiana course, which was drenched with more than 4 1/2 inches of rain during the tournament. Weather delays on Thursday, Saturday and Sunday not only forced a Monday finish but also led officials to shorten the tournament to 54 holes.

Lovemark, Stuard and Byeong-Hun An entered the playoff at 15 under par.

An unraveled on the first playoff hole and Lovemark on the second while Stuard remained steady, virtually clinching the win with a 160-yard approach to within 2 1/2 of the pin for an easy birdie putt.

Stuard is the seventh first-time winner at the New Orleans-area Tour stop in the past 11 years.

David Hearn had the best finish of the four Canadians in the field. The Brantford, Ont., native tied for 20th at 8-under par. Adam Hadwin and Nick Taylor, both of Abbotsford, B.C., finished in a tie for 36th at 6-under. Mike Weir missed the cut at 8-over.