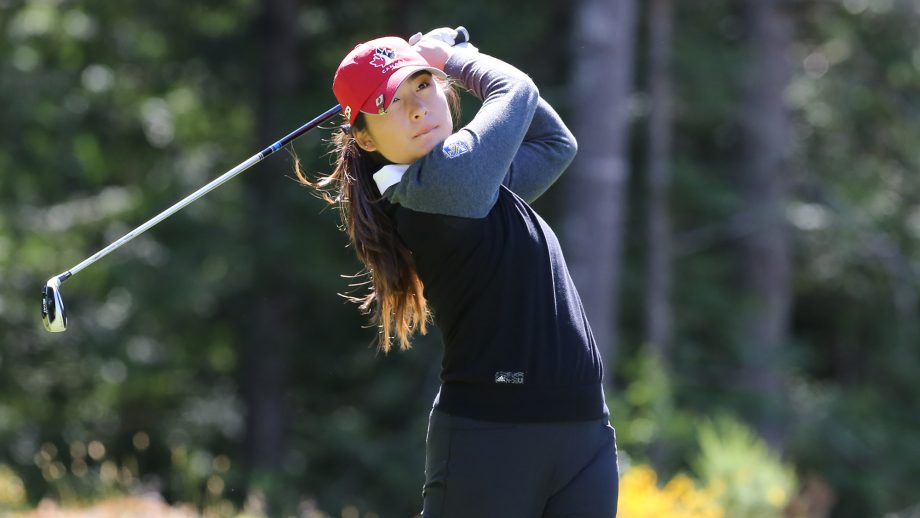 The Ladies’ British Open Amateur Championship didn’t have any Canadian entries at last year’s tournament. The entire women’s national amateur squad is making the trip this time around.

“They all have the appropriate game to come and play well here,” said Canadian women’s head coach Tristan Mullally.

The tournament’s first stage includes two rounds of 18-hole stroke play on the championship links course. The field of 144 will be trimmed to 64 for the match play stage.

Each round of match play will consist of 18 holes leading up to Saturday’s final. The tournament shares top billing with the US Women’s Amateur as the premier events in women’s amateur golf.

“With match play, it’s always a bit of a challenge because you can play well in stroke play, play great golf and still get beat,” Mullally said from Southport, England after walking the course with the Canadians during their practice rounds. “But (we’ll) worry about that in a couple of days.”

Szeryk is the top Canadian on the women’s world amateur golf ranking list at No. 16 while Lee, who finished tied for 35th at this month’s Meijer LPGA Classic, holds the No. 40 position. Ko is at No. 176 and St-Germain is ranked 247th.

Szeryk closed out her college career with a tie for 17th at last month’s NCAA Championship. The Texas A&M player won four tournaments during her time with the Aggies and set an NCAA career record with 91 rounds of even-par or better.

“Maddie has been the most consistent performer in Canada over the last couple of years,” Mullally said. “She’s up to 16th in the world based on just playing well all of the time.”

Lee finished tied for fifth at the NCAA playdowns for the best individual finish in Ohio State Buckeyes history. She won three individual titles during her junior year and is slated to return for her final collegiate campaign next season.

“Jaclyn has had a great run of form,” Mullally said. “The way she hits the ball, she can really (use) different trajectories. I can see her having a really good run this week.”

St-Germain is off to the University of Arkansas in the fall while Ko played at North Carolina State last season. Ko had to borrow clubs for Monday’s practice round after the arrival of her usual set was delayed.

Marlene Stewart Streit was the last Canadian to win the Ladies’ British Open Amateur. She posted a 7-and-6 victory over Philomena Garvey in 1953.

The Pam Barton Memorial Salver is awarded to the winner of the championship. An international team award is presented after the stroke play qualifying rounds.

The tournament was founded in 1893.