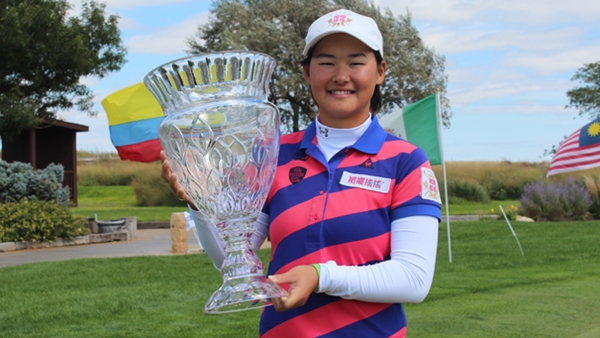 The 19-year-old Lee closed with a 3-under 69 to finish at 6-under 210 at Buffalo Dunes. She earned $15,000 to jump from ninth to fourth on to the money list with $53,487. The top 10 next week after the season-ending Symetra Tour Championship will get LPGA Tour cards.

“This win means I am close to the LPGA Tour,” Lee said. “I’m just speechless. … This is super cool, I can’t wait to tell my family and all my friends in Taiwan. The LPGA is the biggest stage in women’s golf and I am now closer to my dream.”

Venezuela’s Veronica Felibert was fourth at 4 under after a 70. She jumped from 11th to 10th on the money list.

“She played great, it is cold and windy and I just told her to focus on the targets and hit great golf shots,” Francella said. “She hit a ton of great golf shots today and I kept telling her that she has no idea how good she is. … She is definitely ready to play on the LPGA Tour. She is one of the best ball-strikers I have seen.”

Lee won a week after tying for second in the Mayetta, Kansas, event to move from 13th to ninth on the money list.

“It’s my first professional win and I’m definitely happy for that,” Lee said. “This is my father’s birthday present, it’s his birthday next week and I won a tournament so he will be very happy.”