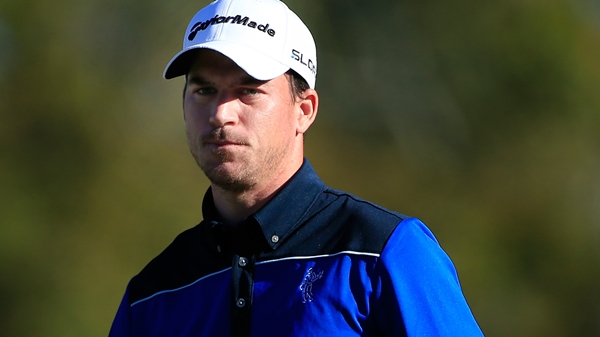 What does a 26-year-old pro golfer who just won his first PGA Tour event and US$720,000 do immediately following his victory?

If you’re Nick Taylor, you do your laundry.

Taylor overcame a four-shot deficit Sunday to capture his maiden PGA Tour victory in just his 13th start on golf’s top circuit. He shot 6-under-par 66 in his final round – despite a three-putt bogey on the 72nd hole –  for a two-shot victory over Americans Boo Weekley and Jason Bohn.

After the win, he and fellow Canadian and longtime roommate Adam Hadwin, along with their caddies, went for dinner to celebrate. But right after, Taylor was back cleaning and packing his clothes. He was in bed by 10 p.m.

“I was wiped out,” he said during a conference call with reporters Monday. “I was in bed reflecting and trying to respond back to as many people as possible.”

There was an outpouring of well wishes on Twitter as “Nick Taylor” was trending across Canada for nearly an hour after his win.

The native of Abbotsford, B.C., has had quite the year already, but this win was the icing on the cake.

He got married in May and he missed six straight cuts on the Web.com Tour in the summer. Then he shot the best final round of his life in September at the Web.com Tour Championship to snatch up PGA Tour status for 2014-15.

Aside from the big payday, Taylor earned an exemption into The Players Championship and the PGA Championship. Most importantly for Taylor, though, was earning a two-year exemption on the PGA Tour.

“Now that I can actually pick my schedule, that’s the biggest thing that will sink in,” he said. “I want to play every event because it’s my first season. You’ll have to get a leash on me so then I don’t wear myself out.”

With the win, Taylor became the first Canadian winner on the PGA Tour since Stephen Ames, a native of Trinidad and Tobago who is now a Canadian citizen living in Calgary. He captured the Children’s Miracle Network Classic November 15, 2009 – nearly five years to the day prior to Taylor’s win Sunday.

Taylor was tipped as Canada’s “next big thing” in golf after wins at the Canadian Junior and Canadian Amateur Championships. He spent 21 weeks as the world’s no.1-ranked amateur, but then toiled on the Canadian Tour – now PGA Tour Canada – and the Web.com Tour for the last five years.

“You could have picked me out of a pile of great players, and I was lucky enough to break through,” he said.

Taylor and Hadwin grew up playing junior and amateur golf together and got their starts on the Vancouver Golf Tour, the brainchild of Fraser Mulholland.

“We’re very proud they’ve come across our Tour and used it to learn how to win,” said Mulholland. “Last Spring, 1/8Taylor 3/8 played in 11 of our events prior to the PGA Tour Canada season, and he won eight of them. I was not surprised for him to get to the PGA Tour, and I wouldn’t be surprised to see him win again.”

Scott Simmons, the CEO of Golf Canada, was also excited for Taylor. Taylor was a member of Golf Canada’s national team from 2008 to 2010, and Simmons said he is at the very front of the player development process it is trying to instil across the country.

“No system can make up for someone who doesn’t have the internal DNA,” said Simmons. “But if you take that kind of DNA and surround it with the support system we now have in Canada, I think it’s a recipe for success.”

A Canadian-born golfer hadn’t raised a PGA Trophy since Mike Weir in 2007.

But it was Taylor.

He admitted it was good news for golf in Canada.

“I’m proud and lucky I was the first one to win, but I have no doubt in my mind that I won’t be the last, even this season,” Taylor said. “It’s looking bright for Canadian golf, that’s for sure.”

And maybe one day, he’ll have someone else do his laundry.