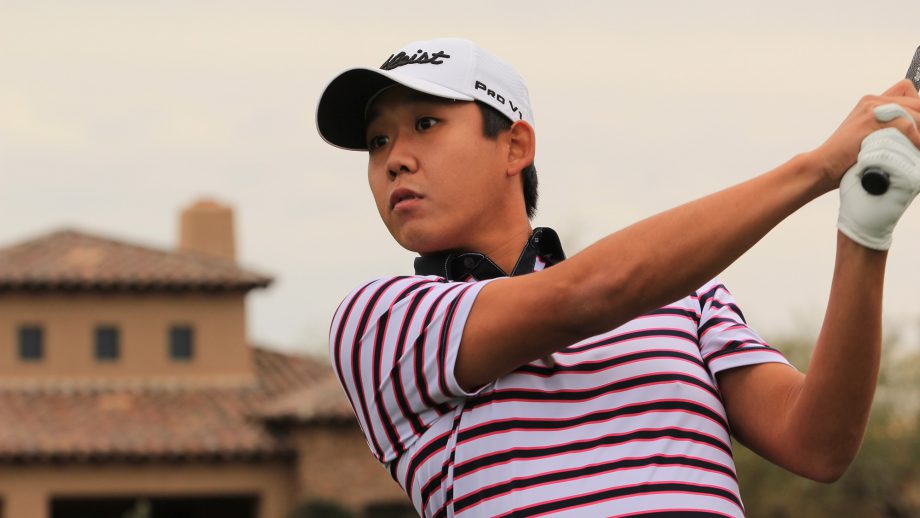 The Toronto native, who entered the third round after a tournament-low 64 on Friday, sits four strokes behind the lead at 12-under for the tournament.

Five-consecutive missed cuts. No professional golfer wants to experience it, especially during a season that started off with two top-20 finishes in three starts. It can be easy for a player to get discouraged in the midst of a string of missed cuts. They can start to force shots and change their approach, which can often lead to even more of a rut. Auburn University alum Michael Johnson is not most, though, so when he was hit with a string of five missed cuts beginning in April, he remained patient and focused, knowing his time would come.

Johnson started Saturday slowly, carding two birdies and seven pars on his front nine. Johnson remained in the mix as the leaderboard became more and more bunched around him, with as many as five players tied for the lead at one point. The Birmingham, Alabama, native didn’t let the rest of the field shake him, however, remaining calm despite a bogey on the par-3 12th. It wasn’t until the end that Johnson truly heated up, making birdie on all three of his closing holes.

“I probably need to be more patient than ever tomorrow,” Johnson remarked. “Today I did a great job, I think. I was 2-under through three, but still two back of the lead and the whole day I was just trying to play well, I wasn’t trying to get the lead. So, I’m just going to try and do that again tomorrow and if I go out there and play well and lose, then somebody earned it and I’m fine with that. So I’ll just go out there and try and do the same thing.”

While Johnson has been in the hunt heading into Sunday before, Raleigh will mark the first time he finds himself in the final pairing. Prior to this week, the best position the newly-engaged third-year pro found himself in entering the final round was T6 (2017 Pinnacle Bank Championship presented by Heartland Chevy Dealers and 2018 Chitimacha Louisiana Open presented by NACHER). Both events turned into a top-5 finish for Johnson, the only two of his career.

Despite not finding himself in this position on Tour before, Johnson will have plenty of prior experience to draw from. He won five times while at Auburn, the second most in school history. He also set the school’s single-season stroke average (70.37) and the single-season win record (three).

“This what we play for,” he said of being in the final grouping, “to be in the final group on Sunday and have the crowd follow you. It was fun out there today. I didn’t get off to a hot start, but I played well and I was patient. I’m glad to have a little bit of a cushion tomorrow. Like I said, this is what we play for. You sign up to be a little nervous on the first tee and have a chance to win.”

Nerves will serve as fuel for Johnson on Sunday as he chases his first Web.com Tour title and a chance to move into The 25 and lock up a spot on the PGA TOUR in 2018.

“Nerves are a good thing,” Johnson laughed. “I think if you’re a little nervous, then you’re doing the right thing. It should be a lot of fun. I have a chance to win and I haven’t really had a chance to win out here yet … so it’ll be fun to get out there and try to play well again.”