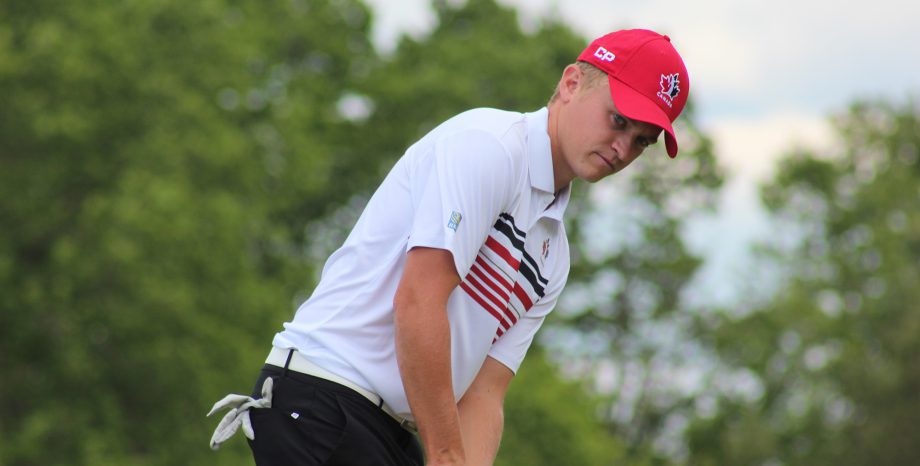 After four years as a member of Team Canada’s National Team, and a full collegiate career at the University of Florida, Eric Banks has decided to turn professional.

Banks, who turns 24 in November, will begin his journey as a professional golfer at the Mackenzie Tour – PGA Tour Canada’s Cape Breton Open at Bell Bay Golf Course from Sept. 1-4, not too far home. A native of Truro, N.S., Banks felt that the timing to turn professional was right.

“I’ve been an amateur for a while and I picked up a couple of good results along the way and I just think the timing is right,” Banks told the Truro Daily News.

During his time as a Florida Gator, Banks tallied five Top-10 finishes to go alongside winning the David Toms Award—given to the collegiate golfer who most overcomes adversity. He recovered from successful open-heart surgery in 2012 that repaired a hole in his heart.

“I’m very excited for Eric to embark on his professional career,” said Derek Ingram, Team Canada Men’s Head Coach. “He is a very good young player with excellent habits that knows how to handle adversity. I look forward to watching him progress and assisting in any way I can.”

The two-time Nova Scotia Junior champion will also be attending qualifying school for the Web.Com Tour in search of playing status for the 2017 season. The first stage of qualifying runs from Sept. 27-30 at various locations in the United States.

“No matter where I go I’m just going to try and do the things that I’ve been working on with Team Canada coaches and my other coaches and just try and put some numbers on the board.”