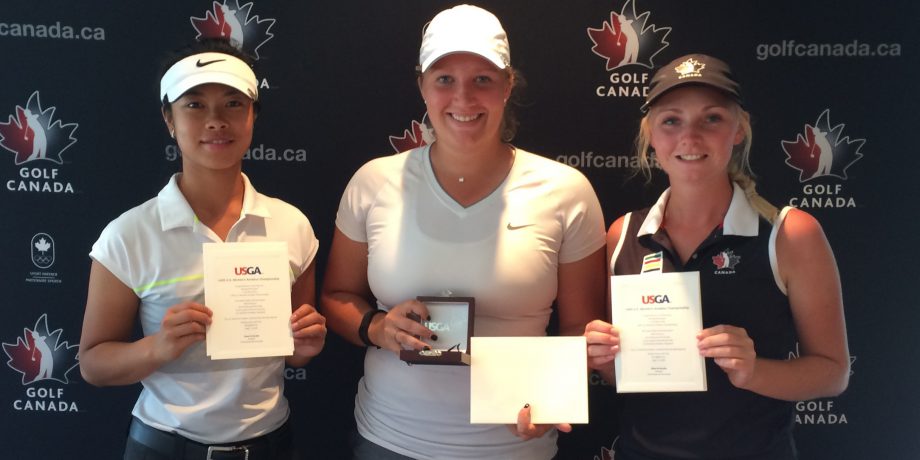 BRAMPTON, Ont. – Local and international amateur golfers gathered at the Brampton Golf Club to compete for three available exemptions into the 2016 U.S. Women’s Amateur at Rolling Green Golf Club in Springfield, Pa., from August 1-7. Kelsey Murphy of Plymouth, Mich., claimed medallist honours with a 4-under 67 showing.

The 21-year-old sunk five birdies and was bogey-free until her final hole to secure a four-stroke victory.

“I played really consistent throughout the day, and when I did get in trouble, I was able to get myself out of it,” she said. “I really like the golf course. I’ve played it a couple times before so I was really excited to be able to compete here.”

“It’s awesome that they’re putting this in Canada because we all get a very good opportunity to compete now,” said Szeryk. “It’s always amazing when you get to represent your country, especially at such a big event.”

This tournament marks the first time a Canadian club has played host to a U.S. Amateur Championship qualifier. Marine Drive Golf Club in Vancouver will host a U.S. Men’s Amateur qualifier on July 18.