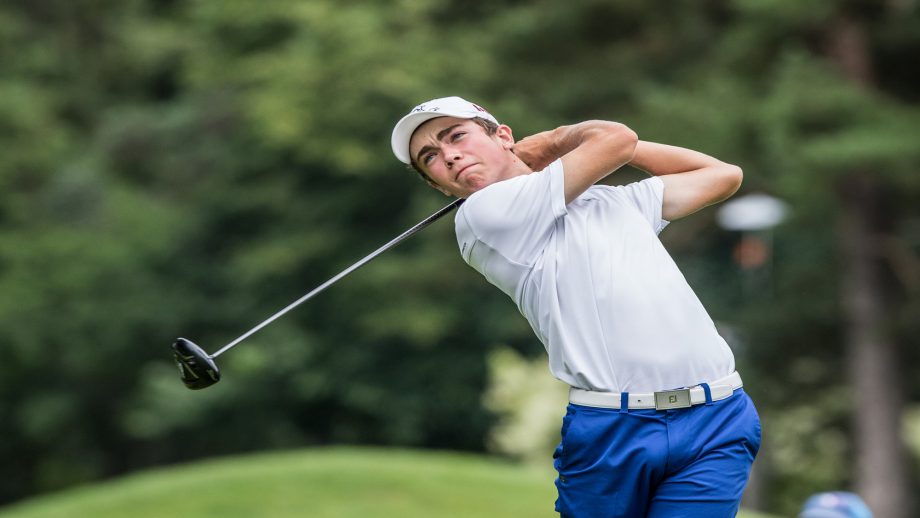 VICTORIA, B.C. –  Christopher Vandette and Monet Chun come from behind to lead their respective divisions in the second round of the Future Links, driven by Acura Pacific Championship at Bear Mountain Golf Resort.

Team Canada Development Squad member Vandette, who entered round 1 T5, fired an impressive eight birdies, five of which were consecutive. The Beaconsfield, Que. native carded a 6-under-par 65 and is headed into the final round at the top of the leaderboard with a comfortable three-stroke lead.

“I’ve learned a lot from just a few weeks ago when I had the lead and things didn’t go to plan,” said the sixteen-year-old from Beaconsfield, Que. “This time I want to just stay aggressive and make calculated risks.”

Two other members of Team Canada’s Development Squad, Nolan Thoroughgood and Johnny Travale, head into the final round T4.

Monet Chun moved to top the leaderboard with 1-under-par 71, heading into the final round with a one-stroke lead in the girls division.

The 17-year-old member of the Team Canada Development Squad was the only player in the girls division to score in the red with five birdies in this round.

Round one leader Phoebe Yue fell one shot behind the lead after posting a 4-over-par 76 to T2 with Langley, B.C. native Chaewon Baek.

Ellie Szeryk and Céleste Dao, two of Team Canada’s Development Squad members, both posted 3-over par 75. They remain in the top ten at 4 and T7, respectively.

The current leaderboard can be found here