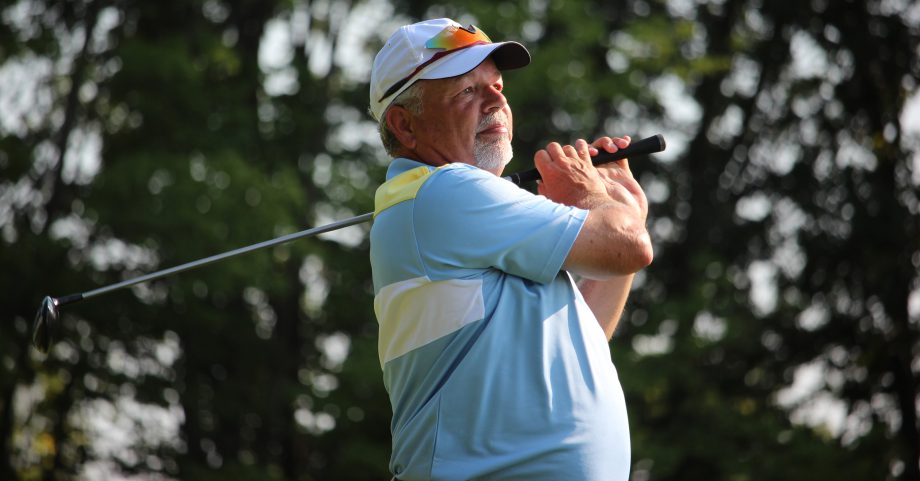 NIAGARA FALLS, Ont. – Heat and humidity dominated the day as the 2016 edition of the Canadian Men’s Senior Championship opened at the Grand Niagara Golf Club. Michael Mercier carded a 4-under 68 to top the Senior division’s leaderboard, while Ottawa’s Dru Lafave and Burnaby, B.C., native John Gallacher share the Super Senior lead. The trio representing Manitoba is ahead in the inter-provincial team competition by two strokes.

Garth Collings of Matlock, Man., and Calgary’s Allan Ross recorded matching 70s to lead the Canadian contingent in the overall competition. Collings Collected three birdies and an eagle on the par-5 8th hole.

“The course was awesome, but it was obviously very hot and humid,” said the 58-year-old. “The course played very well. I got off to a good start, but then I had a bit of a hiccup. I really worked hard to keep it in play. I made a couple of lucky shots and I was fortunate enough to shoot 70.”

Collings and teammates – and Winnipeg products – Michael Walker and Brad Moore, tallied a team total of even-par 144 to stake a two-stroke lead ahead of Team Alberta. Teams British Columbia and Ontario are T3 at 5-over 147.

“It’s the main reason why we come here,” reflected Collings, when asked about the 36-hole inter-provincial team competition. “Any individual success we have is great also, but when I teed up in our province to play in the Senior in Manitoba, I played to make this team. That was my goal. For us to play well here, hopefully we can keep it going tomorrow. It’s senior golf, it’s really about the golf and the camaraderie.”

Alone atop the Senior division is Michael Mercier of Juno Beach, Fla. The 58-year-old, who began the day on the back nine, notched seven birdies on the day, including four across his first nine holes for a 3-under 33 showing. Las Vegas native Brady Exber counted five birdies and sits one stroke back of the leader.

Following the opening 36-holes, the field will be reduced to the low 70 players and ties. The champion will receive an exemption into the 2016 U.S. Senior Amateur championship to be contested at Old Warson Country Club in St. Louis, Mo., from September 17-22.