Thomas reaches semifinals and closes in on No. 1 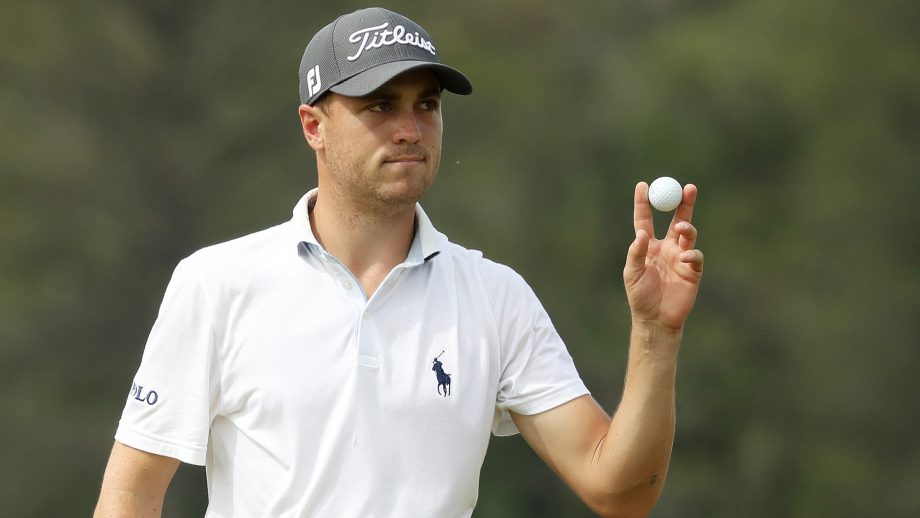 AUSTIN, Texas – Justin Thomas was on antibiotics when he arrived in Texas and mustered enough strength for a short practice round that left him wondering how long he would last in the Dell Technologies Match Play, if at all.

“I had a pretty serious conversation with my dad on Monday if I was going to play,” Thomas said. “There were probably 15 or so people that watched me play nine holes. You find those 15 people and see if they thought I was ready to play in a golf tournament. Some of the shots I hit were pretty funny.”

His health improved. So has his golf.

And now Thomas is one match away from reaching No. 1 in the world and having a shot at his first World Golf Championships title.

Thomas made quick work of Si Woo Kim to win on the 13th hole Saturday morning, and then he pulled away from Kyle Stanley in the afternoon by winning three straight holes to start the back nine that carried him to a 2-and-1 victory.

Now he has a clear path – and a familiar one for Bubba Watson – to replace Dustin Johnson at No. 1 in the world.

Johnson didn’t win a match this week and will not get any world ranking points. That means Thomas only has to beat Watson in the semifinals Sunday morning to become the seventh American to top the world ranking.

“I don’t care when it happens,” Thomas said about going to No. 1. “I just hope it happens, and it happens for a while.”

It’s only fitting Watson stands in his way.

Watson outlasted Brian Harman in a battle of Georgia southpaws and then won five of six holes to start the back nine to beat Kiradech Aphibarnrat, 5 and 3. That put him in the semifinals for the first time since his Match Play debut in 2011 when it was in Arizona.

That was the year the reigning PGA champion – Martin Kaymer – only had to beat Watson to reach No. 1 in the world. Kaymer won with an 8-foot par on the 18th hole.

Alex Noren extended his run at Austin Country Club by winning for the ninth time in his last 10 matches. His only loss was to Johnson a year ago in the quarterfinals, and he needed only 31 holes to beat Patrick Reed and Cameron Smith of Australia.

Noren and Thomas are the only semifinalists who have not lost a match this week.

Kevin Kisner reached the semifinals with a big putt and a big blowout. He made a birdie on the 18th hole to beat Matt Kuchar, and then matched the shortest match of the week with an 8-and-6 victory over Ian Poulter, who was disappointed for more than just losing.

“Probably didn’t see that one coming,” Kisner said. “I thought it was going to be a difficult match. Obviously, Ian’s match-play record speaks for itself. I got off to a good start making a few birdies. He made a few mistakes, and I was able to capitalize on those. And things just snowballed from there.”

Poulter was told after he beat Louis Oosthuizen in the morning that reaching the quarterfinals was enough for him to be in the top 50 at the end of the week, which would get him into the Masters. Moments later, he received a text that he needed to win his match against Kisner.

“I gave him no fight at all. It was rubbish,” said Poulter, who didn’t make a birdie.

The misinformation wasn’t to blame, though it clearly added to an all-around bad day at the office.

“Next time I won’t listen to other people. I’ll do my bit and focus better,” Poulter said. “I mean, I can’t put that down as an excuse. It would be an excuse if I said it. So it’s disappointing to be given the wrong information, but that wasn’t part of this afternoon.”

Kisner faces Noren, whom he knows from their college days – Kisner at Georgia, Noren at Oklahoma State.

Thomas (No. 2) and Noren (No. 13) are the only top seeds from the 16 groups who advanced to the semifinals. Noren has had a pair of close calls this year, losing in a playoff at Torrey Pines and finishing one shot out of a playoff that Thomas won at the Honda Classic.

Thomas knows what he’s up against. Watson, who won last month at Riviera, is looking very much like the two-time Masters champion again.

Watson has played the 18th hole just one time this week, a halve with Julian Suri that allowed him to avoid a playoff to advance. Reaching the semifinals was bittersweet in one respect – he was to leave the country Sunday morning for a family vacation.

That will have to wait.

Kiradech bogeyed the 10th and 11th to fall behind, and Watson birdied the next two holes to go 4 up, win the match and delay his vacation.

Why even book a flight on Sunday knowing he could reach the semifinals? Apparently, the flights were cheaper.

“I’ve never made it to Sunday at this golf course, so why not?” Watson said. “t’s a good problem to have, when you have to cancel stuff for an extra day. It’s well worth it to play on Sunday.”

So it will be a semifinal match between two players who at one time thought they wouldn’t be in Austin this long.