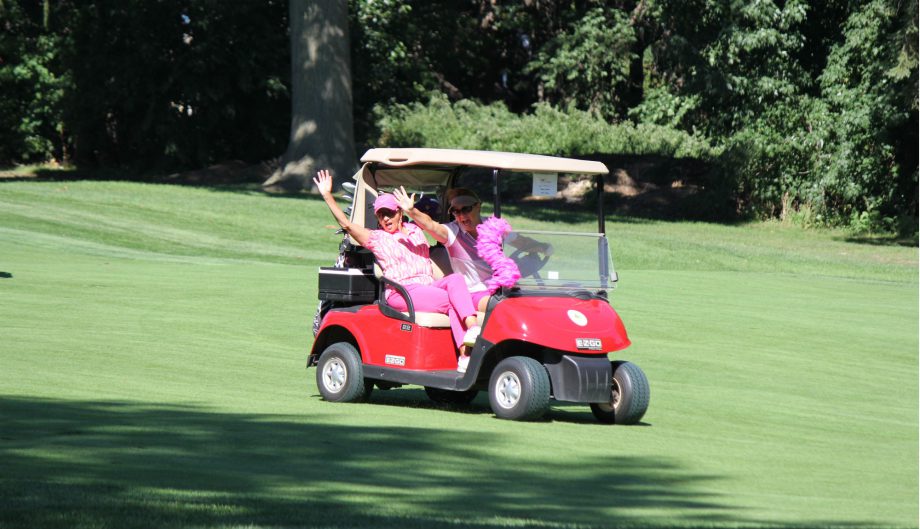 In a bid to drive women’s participation in the game of golf, the ladies of Thornhill Golf Club have helped Golf Fore the Cure presented by Subaru get off to a hot start in 2017 by raising over $11,000 for breast cancer research.

Despite the poor weather conditions, the generous participants, predominantly women, were out in full force for the worthy cause.

“It was amazing to see the participation at the event in such poor conditions,” said Penny Spence, organizer of the event. “About 50 women donned pink sashes and proceeded to play 18 holes in 14-degree weather before the rain came in. Sadly, the pink sashes were covered by rain gear!”

In total, there were 75 people that attended the cocktail party and raffle draw that followed the golf on June 6.

“I was especially proud of the turnout from our female population,” said Spence. “It was also nice to see the two male fitness instructors and golf professional dressed in pink to serve cocktails and appetizers to the ladies.

“It was the event of the season!”

By the end of the night, the group raised a staggering amount.

In total, the donations added up to $12,136; including $4,486 from cheques and $475 in auction items, with the remaining $7,075 came in through WayPoint – the program’s official registration program.

During the past 13 years, Golf Fore the Cure, presented by Subaru has exposed more than 100,000 women to the game of golf and raised $5.9 million towards the fight against breast cancer. Each year, the organization holds a national event to mark the annual success in growing women’s participation in the game while raising funds to fight breast cancer.

This year, the event will be held at Brantford Golf & Country Club on Sept. 26. The 18-hole charity event expects more than 120 women to participate, including those from the top-three fundraising teams from across the country.

Spence has made her bid to be invited to the event.

You can register for free by visiting the website here.