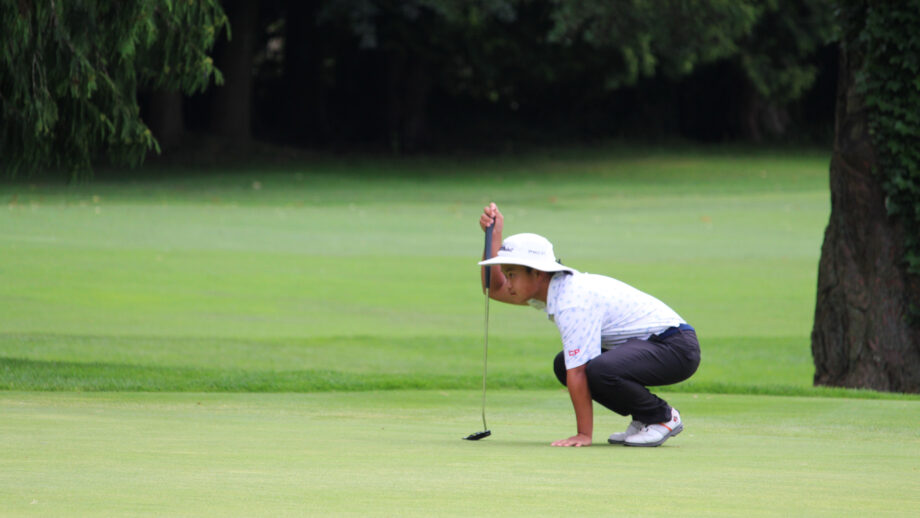 Despite the threat of rain in the forecast, skies remained dry over Point Grey Golf and Country Club for round three of the Canadian Men’s Amateur Championship, presented by BDO. Canadians Robbie Latter and Eric Zhao lit up the leaderboard today, each shooting a cool 65 in the third round to tie for the top spot.

Latter, who calls Mississauga, Ont. home, carded five birdies and an eagle to ascend 14 spots in the race for the 117th Canadian Men’s Amateur Championship title. The Southern Miss sophomore finished T25 at last year’s event and won the Future Links (now NextGen) Québec Championship as a 17-year-old in 2018.

“My ball striking was very good today,” stated Latter. “Having my brother on the bag today definitely helped!”

Though 14-year-old Eric Zhao faced challenges on the 11th hole, the birdies far outweighed the bogeys with an impressive total of nine filling his scorecard. The west coast seems to be treating the National Junior Squad member quite well this season. In May, Zhao was crowned Champion of the Junior Boys Division at the NextGen Pacific Championship in Nanaimo, B.C.

“Today, I focused on staying patient and accepting the shots I hit,” said Zhao. “I only thought about my current shot and never the past or future ones. It did help as I made two bogeys and a double but being aware of my emotions and redirecting my focus allowed me to come back.”

In tomorrow’s final round, Zhao looks to stay consistently calm.

“I want to do something very similar tomorrow. My only expectation is that I learn from this experience playing under heavy pressure,” said a humble Zhao. “I also don’t want to overthink anything and just focus on each shot as I play it, and maybe I’ll go home proud of myself.”

Rounding out the top three is St-Célestin, Que. native Jean-Philippe Parr. The 18-year-old shot his lowest round of the tournament at 67 to sit one stroke off the lead. Parr is also a member of Team Canada’s National Junior Squad.

Tomorrow promises to be an exciting battle of top amateur talent with an exemption into the 2023 RBC Canadian Open, as well as the 2022 U.S. Amateur Championship on the line. Not only will the winner etch their name into the historic Earl Grey Cup, but also into Canadian golf history – the competition being the oldest amateur championship in the country.