Three Canadians inside top-10 through 18 at Farmers Insurance 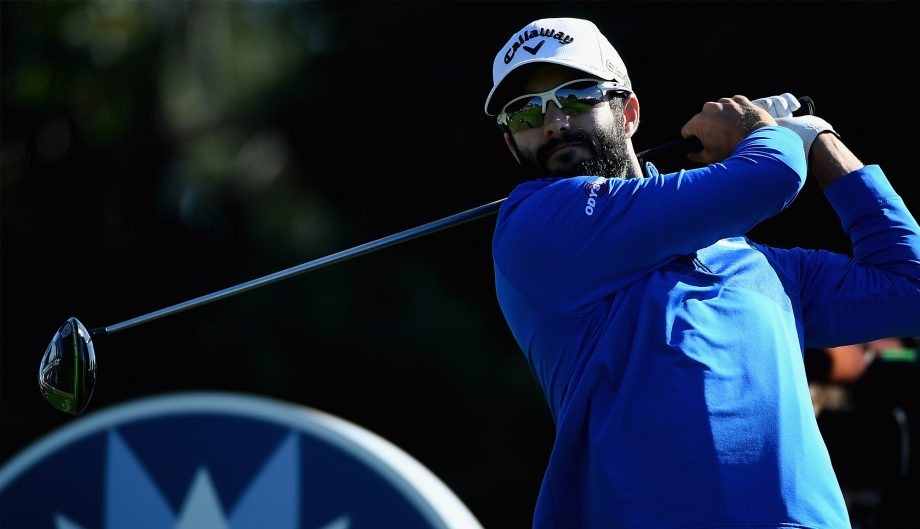 SAN DIEGO – Tiger Woods had a rough return to the PGA Tour on Thursday but two Canadians found themselves in the top 3 after the first round.

Woods, playing in a PGA Tour event for the first in 17 months, fell apart on the back nine of the South course at Torrey Pines and wound up with a 4-over 76, leaving him in danger of missing the cut at the Farmers Insurance Open.

He was 11 shots behind Justin Rose, who shot a 65 on the shorter North Course.

Adam Hadwin of Abbotsford, B.C., was one stroke back of Rose after a 6-under 66. Hadwin is coming off a second-place finish at the CareerBuilder Challenge that saw him shoot a 13-under 59 in the third round.

Ottawa’s Brad Fritsch was tied for third at 5-under, Graham DeLaet of Weyburn, Sask., sat at 4-under and Nick Taylor, also of Abbotsford, was 3-under.

Woods didn’t hit a fairway after No. 7 and had to cope with thick rough he had not seen in some time. Woods said he had a hard time adjusting to the pace of play from being in threesomes for the first time since he last played a PGA Tour event at the Wyndham Championship in August 2015.

“Honestly, it was just weird waiting that much,” he said. “Not used to doing that. At home, I guess we’re flying a little quicker than this. It was just a different rhythm.”

His game was greater concern than having to wait.

This was a battle from the start, when his opening tee shot went into the right rough and he hit a big cut closer to the gallery than the green. Woods did well to keep his score from getting out of hand early, with four tough par saves on the front nine to limit the damage.

He started the back nine with 10-foot birdie putts on the 10th and 11th holes, and with two par 5s ahead of him, starting to believe this could be a strong start.

“And it went the other way,” Woods said. “I hit bad tee shots and made a bad three-putt and laid up from the rough into rough. I just kept compounding problems and mistakes out there.”

Starting with No. 12, he played the next six holes in 6 over, with a double bogey on the 15th hole the biggest blow.

Woods snap-hooked his tee shot over the crowd and into a deep ravine, letting the driver fall from his hands in disgust. He couldn’t immediately find his ball amid sand dunes and ice plants, instead finding a spot to take his penalty drop. He hooked a long iron through eucalyptus trees into more rough and couldn’t get it closer than 20 feet.

At least he ended with a birdie and a smile, which looked to be more of a relief _ not only for Woods, but for Jason Day and Dustin Johnson.

The star group sure didn’t play like one, with all three players frustrated at times by the bumpy poa annua greens in the afternoon. Day, the No. 1 player in the world, missed five putts from the 4-foot range. He opened with a 73. Johnson made a 15-foot birdie putt on the final hole for a 72.

None of them ever were better than 1 under at any point in the round.

“I was fighting out there all day,” Woods said. “Didn’t really hit it that good. Greens were a little tough out there with some of the putts. I had a round which I let get away in the middle part of the back nine, and unfortunately, did hit very good shots.”

Even so, the first round of the Farmers Insurance Open hasn’t had this much energy since Woods won the tournament in 2013 for the eighth time at Torrey Pines. The gallery covered every inch of space behind the ropes from tee-to-green on the first hole, standing six-deep around the green.

“You’re concentrating extra hard out there because obviously this is a tough golf course, but you want to make sure that you’re playing well,” Day said. “Tiger’s back, the cameras are on you, so … I’m trying to do my best. Unfortunately, it wasn’t the way that everyone wanted to start, but I gave it 100 per cent.”

When the group left the fifth green and walked up the hill to the sixth tee, only a half-dozen people remained behind.

Rose had a quiet time over on the North Course, which was renovated by Tom Weiskopf and has new and smooth greens. He had two eagles over his last five holes to take the lead by one shot over Hadwin.

Hadwin has the best score on the South Course, which hosted the 2008 U.S. Open.