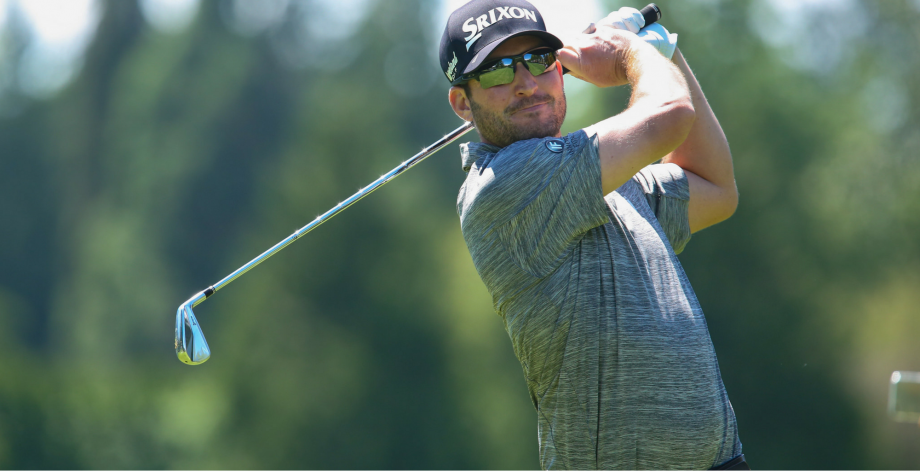 CALGARY, Alta.— Ryan Williams of Surrey, B.C.,, Jared du Toit of Kimberley, B.C., and Taylor Pendrith of Richmond Hill, Ont., are all within striking distance after the first round of the ATB Financial Classic on Thursday.

Williams is currently the top Canadian at the tournament, tied for fifth and sitting only two strokes behind the three leaders. The 37-year-old made only a single bogey on his way to a 65, leading Taylor Pendrith and Jared du Toit by one in chase of the Freedom 55 Financial Canadian Player of the Week award – though none of the players would complain if the award was accompanied by a tournament victory.

A partial home game for Jared du Toit, who spent his later teen years in Calgary, shot his best number since the Staal Foundation Open, making seven birdies to card a 66.  Du Toit sits comfortably in a tie for 12th  alongside fellow Team Canada Young Pro Squad member Taylor Pendrith, sitting three shots behind the lead heading into the third round.

If somebody called for a heat check on Thursday at Country Hills Golf Club, it was probably for Tyler McCumber, who finished the first round of the ATB Financial Classic tied for the lead after a course-record matching 63.

Though it’s doubtful that the feeling gets old, the number marked McCumber’s sixth round played in 65 strokes or better in his last nine Mackenzie Tour rounds.

Coming off back-to-back victories at the Osprey Valley Open and Syncrude Oil Country Championship presented by AECON, it would be difficult to find a course better suited for the Ponte Vedra, FL native to contend for the natural hat-trick. The past two seasons, McCumber has walked away from the tournament with T2 and T6 finishes.

“I always like coming here,” said the 25-year-old. “I played here two years prior and had two pretty solid finishes, so it fits my eye.”

The number-one ranked player on the Order of Merit didn’t appear phased by the early-morning smoke that filled the Calgary air due to the recent British Columbia fires, nor the record-breaking heat wave, as McCumber carded three consecutives circles to begin his day.

Adding two more on the front side to make the turn in 31 strokes, the five-time winner of PGA TOUR sanctioned events made four more on the back, and, offset by a single bogey, carded a back-nine 32.

“It was nice to keep the momentum going,” said McCumber. “I think I’ve been working hard on my game and it’s finally clicking; the pieces are coming together at the same time, which is what I’ve been working on.”

On top of the game itself, McCumber notes another positive has been his health. After battling injuries for the better part of a year and a half, McCumber has been healthy since October, which has allowed him to focus on improving the weaknesses in his game that kept him from the winner’s circle in 2017.

So far, so good. Becoming the first player in the PGA TOUR era of the Mackenzie Tour to win back-to-back events last week in Edmonton, McCumber knows that it’s imperative to take advantage of the weeks where everything clicks.

“You can have a great week and not win. The amount of times you win in your career is a handful; if you’re one of the greats, you might win twenty times, and that’s a hall of fame career,” said McCumber. “It’s unlike other sports, so you have to judge yourself based on your own personal criteria.

“If you executed and did all the things leading up to the execution to the best of your ability, that’s how you judge your performance.”

While McCumber has threatened a spot in The Five all season long, he’s joined atop the leaderboard by a pair of golfers who appear to have found their A-game after grinding through the first half of the season.

Jonathan Garrick, who had two top-10 finishes in 2017, including a T2 in Montreal at the Mackenzie Investments Open presented by Jaguar Laval, matched McCumber’s 63 and even threatened a 59 after making birdie on 13 to move to 9-under on the day.

While Garrick sits at 72nd on the Order of Merit, the 99th ranked player, Chris Killmer, also fired a 63, including a stretch of five birdies in a row from holes 11-15 en-route to his lowest career Mackenzie Tour round.