Three eyeing “The Five” tied for the lead in Lethbridge 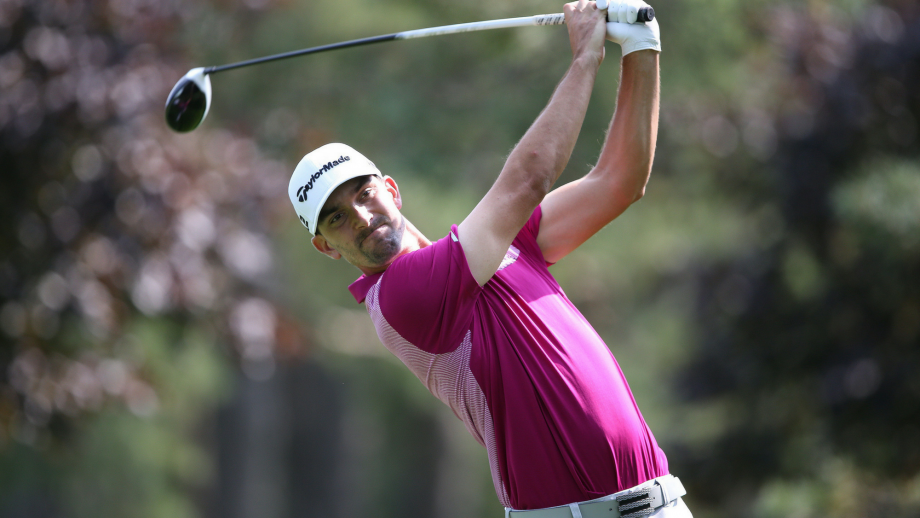 LETHBRIDGE, Alta. — If it wasn’t a perfect day for scoring, it was about as close as you’ll ever see, as the first round of the inaugural Lethbridge Paradise Canyon Open saw the lowest scores of the season at Paradise Canyon Golf Resort.

The three at the top of the leaderboard, Paul McConnell, Cody Blick and Zach Wright, currently sit 15th, 6th and 1st respectively on “The Five,” the season-long chase towards the top five spots on the Order of Merit and the Web.com Tour status that accompanies it.

Paul McConnell was the lone golfer of the three to head out in the morning wave, taking advantage of a rare windless morning at Paradise Canyon.

The Garland, Texas native, who at one point on the B.C. Golf Swing managed 74 consecutive holes without a bogey, began his round with a birdie on the 1st. Two more on the front, supplemented by an eagle on 8, set the stage for a five-birdie back nine to close in 30 and fire his lowest score of the year.

McConnell’s eagle chip on 18 was especially well executed. Playing the shot 25 feet left of the hole, the 27-year-old watched as the ball funneled down a slope and narrowly missed entering for an eagle, which would have set the new course record.

“I thought I popped it a little bit, hit it a little too hard, because it didn’t have any spin coming off,” said McConnell. “But I hit it where I wanted to. I thought it would be six feet past, but it ended up just being a foot.”

Blick’s ascent up the leaderboard can be attributed to a rare deuce on the par-4 16th hole, Blick’s 7th hole of the day.

“I couldn’t see it go in. I took a drop off the cart path and got a really bad lie. It was downwind to a front flag and I hammered a 9-iron,” recalled the San Jose State University alum. “Lee (Hodges), who I was playing with, said ‘I think that went in!’ I couldn’t see, but we went up and there was nothing around the hole, so it was a cool little moment.”

The eagle kickstarted Blick’s round as he made the turn with five consecutive birdies to start his back nine. After making his second eagle of the day on the par-5 8th, Blick’s 8-foot course record attempt on the last hole slipped by as he is forced to settle for a share of the lead going into Friday.

With 2nd, 6th, and 2nd place finishes through the first three tournaments of the year, it’s safe to say that Zach Wright has found his zone.

The Phoenix, Arizona native played a clean game of golf, two-putting both par-5s on the front for birdies and adding two more on the side to begin with a 32. Wright made eagle on the par-5 13th, a hole he hit only a sand wedge into, and added three more circles on the side to sign for 62.

“I’ve been playing well this season,” said Wright. “I have enough confidence that I feel like I can just keep using that and building off it.”

With tee times flipping on Friday, Blick and Wright tee off in the morning wave while McConnell takes to the course later in the day.

Michael Gligic was the low Canadian in the field after the first day of action, making eagle on his 9th hole and adding birdies on four of his final six to shoot a 65 and finish the day in a tie for 9th.