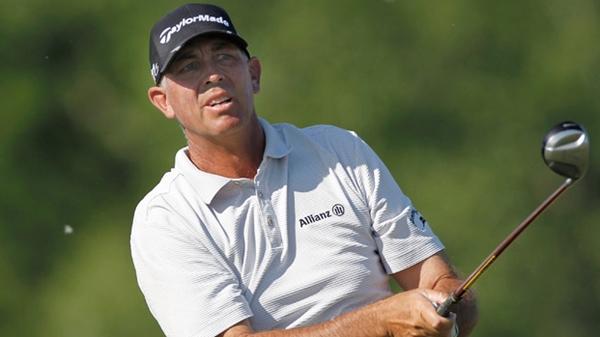 Lehman, who hosted the Claret Jug in 1996, will be joined by the 1998 Masters and British Open winner O’Meara, along with three-time U.S. Open winner, Irwin, in Calgary. The trio brings a combined 41 PGA TOUR titles and 55 victories on the Champions Tour with them to Canada’s Stampede City.

“The Shaw Charity Classic has worked very hard to bring the biggest names on the Champions Tour to Calgary, and these three players certainly support that mission,” said Sean Van Kesteren, tournament director, Shaw Charity Classic. “Not only are Mark, Tom and Hale some of the most successful players on Tour, they are also among the most respected. They can still play at a very high level and we are thrilled to host them in Calgary again this summer.”

The only player to win Player-of-the-Year on all three PGA Tours: Web.com; PGA Tour; and Champions Tour, Lehman won five times on the PGA Tour. The highlight of his career came in 1996 when he followed up his British Open victory with a win at the TOUR Championship. Ranked number one on the official World Golf Rankings for a brief stint in 1997, Lehman has won eight times on the senior circuit including his three majors coming in 2010 at the Senior Players Championship, and 2011 and 2012 Regions Tradition.

“I am thrilled to be heading back to Calgary this year. I have a lot of friends in Scottsdale who are from Calgary and it will be fun to come back and spend more time in their city,” said Lehman. “The crowds last year were very enthusiastic and impressive, and so was the golf course. It may have been a first year tournament, but it was one of the best of the year. I’m sure it will be even stronger this year.”

One of the most popular figures in international golf, O’Meara is a winner of 16 victories on the PGA Tour including five times at the AT&T Pebble Beach National Pro-Am and the 1995 Canadian Open. The two-time major winner has won twice since joining the Champions Tour in 2007, including one major in 2010 – the SENIOR PLAYERS Championship.

Rounding out the newest trio to return to Calgary will be World Golf Hall of Fame member, Hale Irwin. Inducted into the Hall in 1992, Irwin racked up 20 career titles on the PGA Tour, and became the oldest U.S. Open winner in 1990 (45 years old) when he captured his third national title just prior to joining the senior circuit. Since turning 50, Irwin is the Champions Tour career leader in wins and earnings with 45 victories and more than $26 million. The 69 year old, who has gone on to win seven major titles on the Champions Tour, became the first man since Gary Player in 2009 to shoot three rounds better than his age in a tournament last week at the 3M Championship (68-66-68).

Tickets and corporate packages for the Shaw Charity Classic are available online at www.shawcharityclassic.com. Youth 17 and under are admitted free with a ticketed adult. Shaw Communications Inc. will also celebrate tournament week with Calgarians by hosting a FREEconcert featuring rock icons, Randy Bachman and Fred Turner, along with acclaimed Canadian band, The Sheepdogs, at Shaw Millennium Park on Thursday, August 28. Presented by Rdio, the country’s leading digital streaming music service, tickets to the all-ages concert are available by visiting shaw.ca/concert.