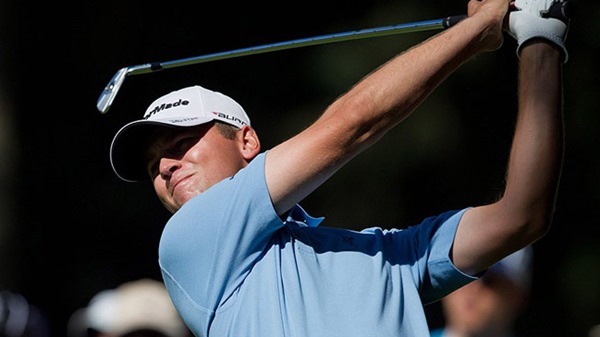 NAPLES, Fla. – Defending champions Kenny Perry and Sean O’Hair shot an 8-under 64 in modified alternate-shot play Friday for a share of the first-round lead in the Franklin Templeton Shootout.

The teams of Matt Kuchar-Harris English and Charles Howell III-Justin Leonard also shot 64 on the Ritz Carlton Resort’s Tiburon course. The 24 teams will play better ball Saturday and finish with a scramble Sunday.

After playing the front nine in 3 under, Perry and O’Hair birdied Nos. 13-16.

“It was a fun day for me,” said Perry, the Champions Tour player of the year and Charles Schwab Cup points champion. “When (O’Hair) poured it in from about 15 feet on the first hole I knew it was going to be a good day for us. We were never in any trouble.

“We had a great chance to really go low today and better than 8 under, but that’s OK. I mean, alternate shot is a tough format. To me it’s my favourite format. I love it more than any format of all the three. So, you know, you can lose it. If we get off to a crummy start it’s hard to catch up with best ball and scramble coming up.”

“Yeah, it was a lot of fun playing with Harris,” Kuchar said. “I knew he was on some pretty good form and knew I had a good horse for a partner.”

English replaced the injured Brandt Snedeker in the field

“This is a tournament that I’ve always watched on TV growing up and it seemed like such a great format and such a good competition,” English said.

“When you start hitting some good shots and start getting some momentum, you keep rolling and we did a good job of keeping that momentum going on the back nine and making a bunch of birdies and making eagle on 17,” English said.

“Today we chose Justin to hit first and that was great for me because he drove it in the fairway every time and I could swing away at it.” Howell said.