Tiger gets back to golf with questions about head, not body 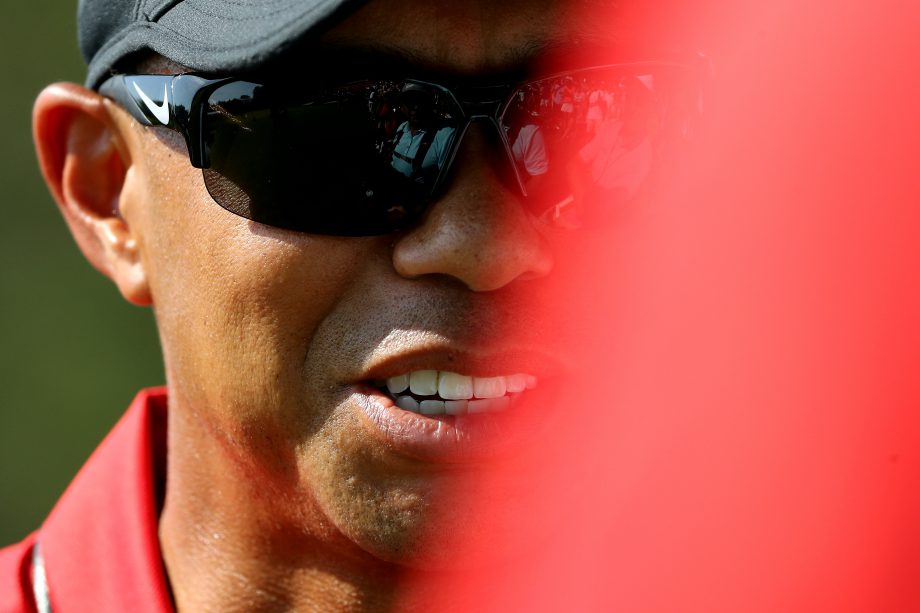 NASSAU, Bahamas – Tiger Woods has gone through two back surgeries since he last played a golf tournament 15 months ago. He had another back surgery that knocked him out of the Masters for the first time in 2014. He had four knee surgeries before that.

None of that matters to Ernie Els when Woods returns to competition this week.

Els is more curious about what’s going on in his head.

“The talent’s there. It’s been proven. It doesn’t go away,” Els said. “It’s what you think of yourself. It’s what you think where you are. We look at this great player, but he’s not seeing the same stuff in his own mind. A lot of us are like that. When you’ve achieved as much as he has … it’s a shock to the system not to play as good as you have been. To look at other people looking at you like, ‘Hey, you’re not the same guy,’ that’s hard to take.”

Els, perhaps more than any other player, has a deep golfing connection with Woods.

He was the player Woods sought out 20 years ago at Royal Lytham & St. Annes when deciding whether to turn pro. They had so many meaningful battles, and Woods almost always got the better of him. Els was runner-up to Woods seven times, the most of any player.

Els designed the Albany golf course where Woods comes back from the longest layoff of his career. He plans to be in the Bahamas, and he is as eager as anyone else to see how a guy who won 79 times on the PGA Tour, including 14 majors, stacks up against a generation that grew up in awe of how Woods played golf.

The Hero World Challenge is a holiday tournament with an 18-man field and no cut. Even so, it commands as much attention as any tournament this year. Woods has been a star attraction his entire career, and the appetite is even stronger after an absence that dates to Aug. 23, 2015.

“I can’t wait to watch, either, just to see him play,” Ryder Cup captain Davis Love III said. “The last time I saw him play, I won. It’s hard to believe it’s been that long. I’ve seen his swing. I’ve seen him on video. He’s sent me clips, and I’ve heard the description of how he feels. I’m excited to see him play.”

“You’ve got to start somewhere,” he added. “And I want to see the start.”

Woods already has had one false start. He signed up to play the Safeway Open, only to pull out three days later because he said he felt “vulnerable.” That followed a week as assistant captain at the Ryder Cup, and cramming in practice the week before with results that made him want to wait.

Love won the Wyndham Championship last year in August at age 51, and it could easily have served as a model for Woods – a power player no longer in his prime, not among the biggest hitters anymore, but with enough experience and talent to find a way to score and to win.

That might be expecting too much, way too soon.

Woods hasn’t won a tournament since his seven-shot victory in the Bridgestone Invitational in 2013, the year he won five times and was PGA Tour player of the year. He hasn’t had a serious chance at winning since his tournament three years ago when it was at Sherwood Country Club. Zach Johnson holed a wedge from the drop zone to force a playoff, and won when Woods missed a 5-foot putt in the playoff.

No other player has ever faced so much scrutiny, especially now.

“I won’t be able to turn the TV on, or the radio on, or look at my phone without knowing what he shot,” Jim Furyk said. “The expectations are so high. … Every pitch shot, every putt, every 3-footer, it’s not under public scrutiny like he has. I guess you live by the sword, die by the sword. That’s why he’s Tiger Woods. It’s a tough situation.”

Woods said his health had nothing to do with pulling out of the Safeway Open, and Els believes him. He says Woods is in better shape than some players in their 20s. Then again, he has accumulated plenty of emotional baggage over the last several years, on and off the golf course.

“They physical side is not an issue. It’s the other side that’s an issue, whatever is blocking him,” Els said. “But you’ve got to get on the horse. You can’t be standing on the sidelines. You’ve got to get out there. … Hopefully, he plays well, really, for his own goodness, his own sake, his own mental sake. If he plays well, it would be great. He’ll have hope and start a good schedule. If it goes the other way, he’s behind the 8-ball again.”