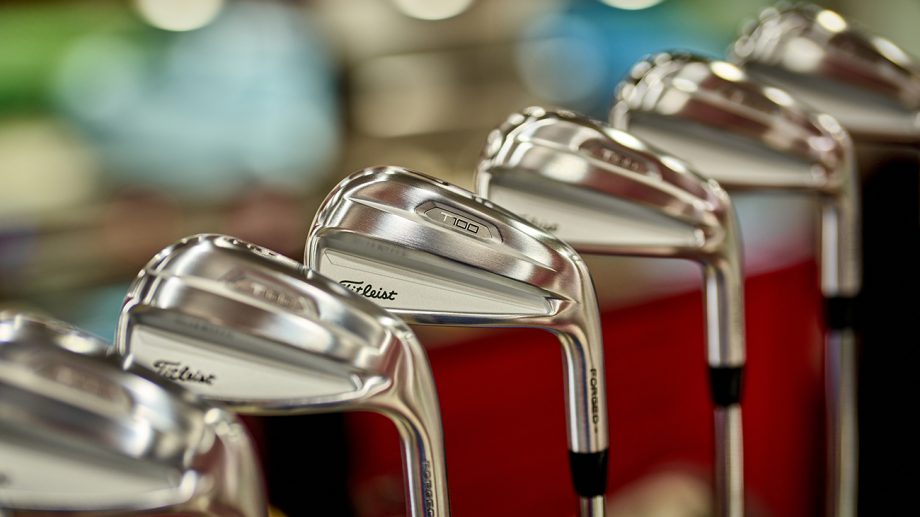 Carlsbad, CA – This week at the PGA Tour’s Travelers Championship, Titleist takes another step forward in the design, technology and performance of its next generation T-Series irons and U-Series utility iron. Following a rigorous two-year development process, the new Titleist T100, T100-S and U505 utility iron are now available to PGA Tour players to use in competition, with the first opportunity available Thursday in Cromwell, Conn. The new T200 irons are expected join the family on tour in the coming weeks.

Based on initial tour player testing and feedback, the new iron lineup is poised to continue Titleist’s run as the most played iron on the PGA Tour for each of the last seven years and 16 of the last 17 seasons.  Titleist has captured the iron count at every PGA Tour event this season, averaging more than 28% of all sets in play each week. The T100 irons are the most played single model with more than 10% of all sets in play this season.

Gathering feedback from the game’s best players through every stage of the R&D process, and then earning their validation under the pressure of competition over the coming weeks and month across the worldwide professional tours, are critical elements in the development of all high-performance Titleist golf equipment.

Titleist Golf Club R&D representatives are on site to work with players as they test the new products, determine the model that best fits their game, and gather additional feedback.

Stay tuned to Titleist.ca and Titleist’s social channels for updates as this process continues over the coming weeks across the worldwide professional tours.