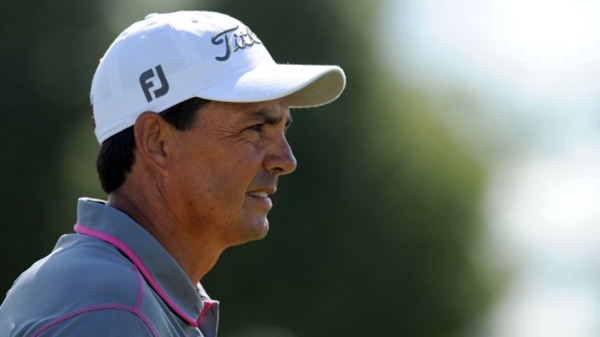 KAPOLEI, Hawaii – Tom Pernice Jr. birdied his final four holes for a 12-under 60 and a four-stroke lead Friday in the Champions Tour’s Hawaii Championship.

Pernice finished a stroke off the tour record of 59 set by Kevin Sutherland last month in the Dick’s Sporting Goods Open in Endicott, New York.

Davis Love III opened with a 69 in his Champions Tour debut. The 20-time PGA Tour winner turned 50 in April.

Pernice played his final nine holes – the front nine at Kapolei Golf Club – in 7-under 29, also birdieing Nos. 1, 2 and 4. He had five birdies on his opening nine.

The 55-year-old Pernice, a two-time winner on the PGA Tour winner, won the Principal Charity Classic in June in Iowa for his third Champions Tour title.

Michael Allen was second after a 64.

Rod Spittle of St. Catharines, Ont. is the leading Canadian after 18 holes. He’s 4 under after a 68.

Bernhard Langer, the tour leader with five victories, skipped the tournament to play in a European Senior Tour event in Germany.