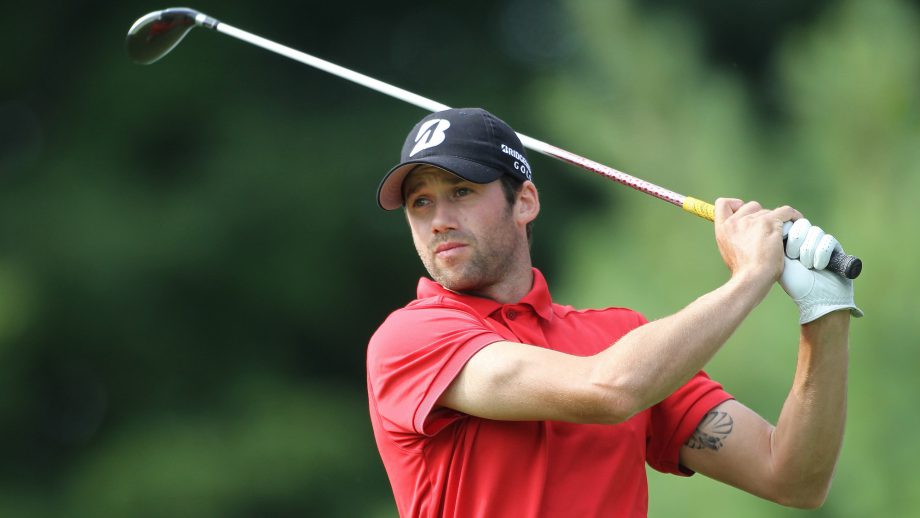 FORT WORTH, Texas — Ben Silverman is the top Canadian through 36 holes in the PGA Fort Worth Invitational at the Colonial Golf Course in Fort Worth, Texas. The 30-year-old Toronto, Ont. product finished the round in sixth place after a 1-under 69 put him at 5 under, 5-strokes behind the lead.

Justin Rose considered his first 15 holes in the second round at Colonial pretty flawless. The last three worked out OK, too, even with the only bogey for the leader of the Fort Worth Invitational.

“Last three holes got a bit scrappy,” Rose said after a 6-under 64 that got him to 10 under Friday at Hogan’s Alley.

After missing the green at the 422-yard seventh hole, the Englishman chipped in from 16 feet for a birdie. He missed the green again at the par-3 eighth for a bogey. Then after his tee shot into the rough and an approach that just cleared the water fronting his final hole, the world’s fifth-ranked player two-putted for a closing par.

That was good enough for one-stroke lead over Argentina’s Emiliano Grillo , whose 67 included six consecutive holes without a par. Defending U.S. Open champion Brooks Koepka (63) and Satoshi Kodaira (67) were 7 under.

Rose, the 2013 U.S. Open champ who won the HSBC Champions in Shanghai in his season debut last October and has four top-10 finishes, said he played “about as good as” he has overall in a long time. Things really got going after caddie Mark Fulcher offered a few words when Rose was a bit frustrated about a couple of missed putts while starting the round with four consecutive pars.

“Fulch kind of said, ‘Come on, mate. Stay with me. Stay patient.’ I got rewarded with the very next hole making a 10-footer for birdie,” Rose said. “I made enough good putts on the back nine today where I have some confidence going into the weekend.”

The birdie at the 457-yard 14th hole was the first of three consecutive birdies for the 37-year-old South African, who has eight PGA Tour wins.

Grillo was at 10 under when he rolled in a 28-footer at No. 17, his fourth birdie in his first eight holes. But his ensuing tee shot went way right into a concrete ditch, and his ball floated with the flowing water before being snagged by a fan just before it dropped into a drainage area. After the penalty stroke and drop, Grillo hit into a greenside bunker and bogeyed.

“It’s a little bit on the downslope and it’s all concrete, so the ball was rolling,” Grillo said. “I was able to make some birdies in there. I got very unlucky on the first hole and No. 3 there.”

Defending Colonial champion Kevin Kisner was even after a 68 on Friday. Jordan Spieth, one of the locals and No. 3 in the world, also shot 68 and is 3 under.

Aaron Wise, the 21-year-old rookie coming off his first PGA Tour victory a week ago at the Byron Nelson, missed the cut after a 73 left him 3 over _ the same as Webb Simpson, who won The Players Championship this month.

After a 62 to take the first-round, Kevin Na struggled on the back nine for a 73. He went into weekend 5 under and in a logjam of nine players tied for sixth place. Tyrone Van Aswegen was alone in fifth after consecutive 67s.

Na was 10 under after a 5-foot putt at the ninth hole, a more traditional birdie than the 92-foot chip-in from the rough he had to end the first round. But Na then had bogey at the 631-yard 11th hole, and double bogey at the 440-yard 12th hole before a three-putt bogey on the par-3 13th.

Koepka, who said he has dislocated his left wrist twice in the last two months, was 7 under through 11 holes Friday _ and that is how he finished.

“I probably could have snuck about two, three more,” he said. “But you know what, I’m pleased. If you had told me I was going to shoot 7 under before I teed off, I would’ve taken it.”

On his first two holes Thursday, his return to the PGA Tour after a course record-tying 9-under 63 on the final day at The Players Championship, Koepka had a bogey and then double bogey at a par 5. But he has 12 birdies and two bogeys in his last 32 holes, three weeks before the U.S. Open.

“I feel like I’ve been playing well. I just haven’t put four days together,” Koepka said. “But I feel like it’s trending in the right direction. I actually feel like exactly where I was last year at the same time. … Hopefully in a couple weeks’ time, it’ll be the same result.”