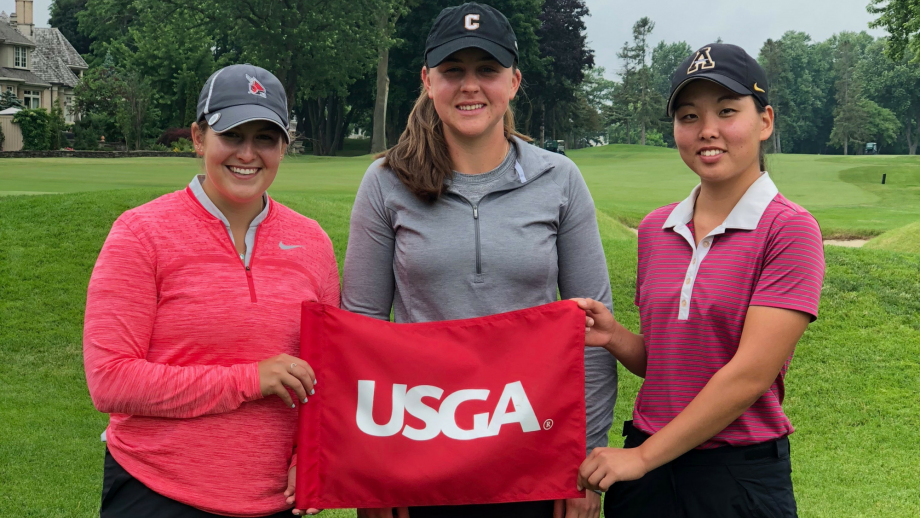 TORONTO, Ont. – Hopes were high at Weston Golf and Country Club on Wednesday as 37 players vied for one of three spots up for grabs into 2018 U.S. Women’s Amateur Championship taking place at The Golf Club of Tennessee in Kingston Springs, Tennessee on August 6-12.

Despite the threat of rain hanging over the tournament, Kelsey Sear posted an even-par 72 to top the field and earn one of three spots that were up for grabs at the qualifier held at Weston Golf and Country Club in Toronto.

The Unionville, Ont., talent ran into trouble with bogeys on holes 1 and 12 but otherwise cruised to victory over the competition.

Team Canada graduate Chloe Currie fired three sets of consecutive birdies to tie for second with fellow Mississauga, Ont., native Melany Chong at 1 over to earn the other available spots into the 2018 U.S. Women’s Amateur Championship.

A playoff between Guatemala’s Pilar Echeverria and Siyan Chen of Howey In The Hills, Fla., was set to determine which players would be designated first and second alternates. After the playoff ended on the first playoff hole with Chen winning with a par to secure the first alternate spot. Echeverria will be the second alternate.

More information on the qualifier at Weston, including final results, can be found here.