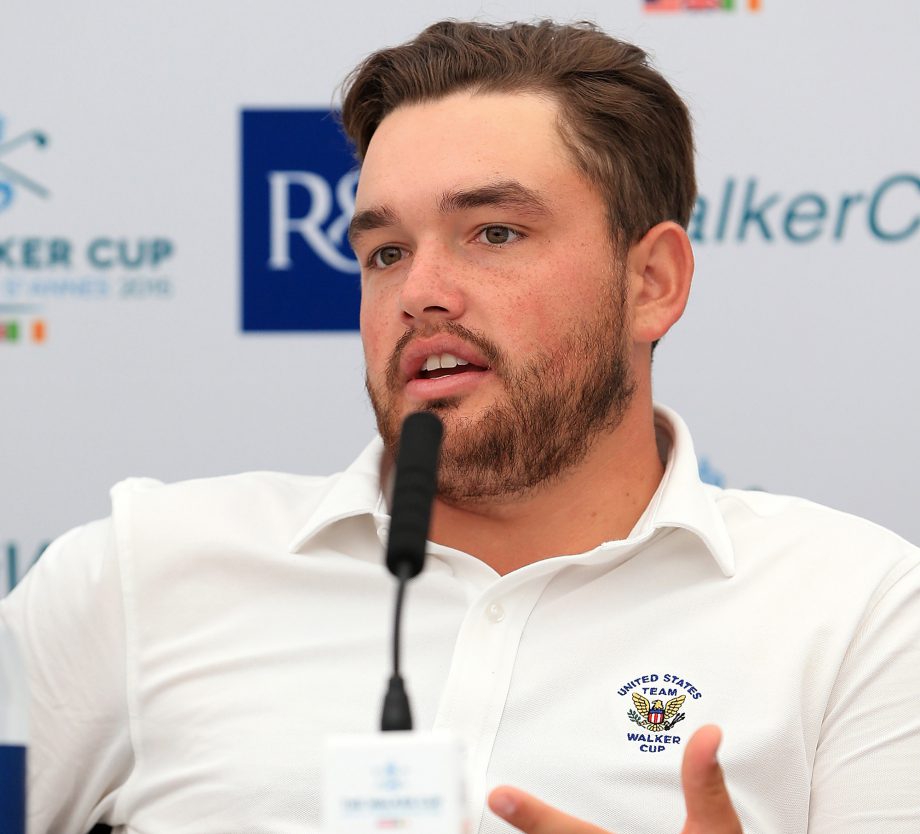 Playing on the Lancashire links at Royal Lytham & St Annes Golf Club in north west England, the Americans are seeking to retain the trophy they won 17-9 at the National Golf Links of America in New York two years ago.

“I want it to be fun for them,” said Miller, himself a Walker Cup player in 1999. “To make it an experience that they will never forget.”

Welshman Nigel Edwards, the Britain and Ireland captain for the third successive time, will be bidding to regain the trophy he won on his first occasion at the helm at Royal Aberdeen four years ago.

Miller’s team ranges from 52-year-old Mike McCoy from Iowa and 37-year-old Scott Harvey from North Carolina to eight college players in their teens and early 20s.

“Cap’s done an incredible job for us, making us comfortable,” Hunter Stewart said. “He knows that each player on the team may prepare a little bit differently, so he’s done exactly what makes us feel comfortable before the first tee tomorrow.”

Edwards, who played in four successive Walker Cups from 2001 to 2007, said it was a “hard task” choosing “who to play and who not to play, which is great because quite often you come to the Walker Cup and not everybody has got their game.”

The Britain and Ireland team has a record five Irishmen: Dunne, Hume, Hurley, Moynihan and Sharvin.