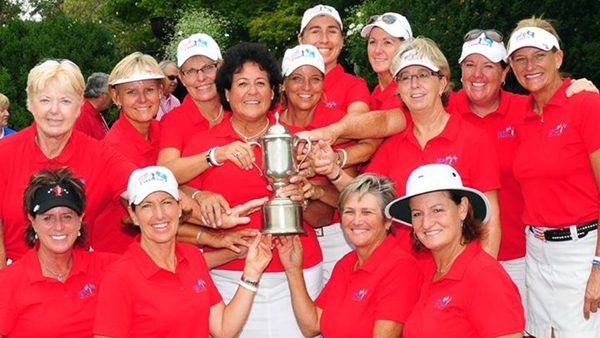 Team US (The Legends Tour)

WEST POINT, Miss. – Juli Inkster led the United States to a 28-20 victory over the World team in the ISPS Handa Cup, shooting a 5-under 67 on Sunday at Old Waverly to beat Laura Davies by a stroke.

“I enjoyed playing. I had a blast hanging out with the gals I grew up with and went to college with and played a lot of golf with. It’s been a lot of fun. I’d love to come back if they invited me back.”

The teams were tied at 12 after playing nine-hole better-ball and alternate-shot matches Saturday.