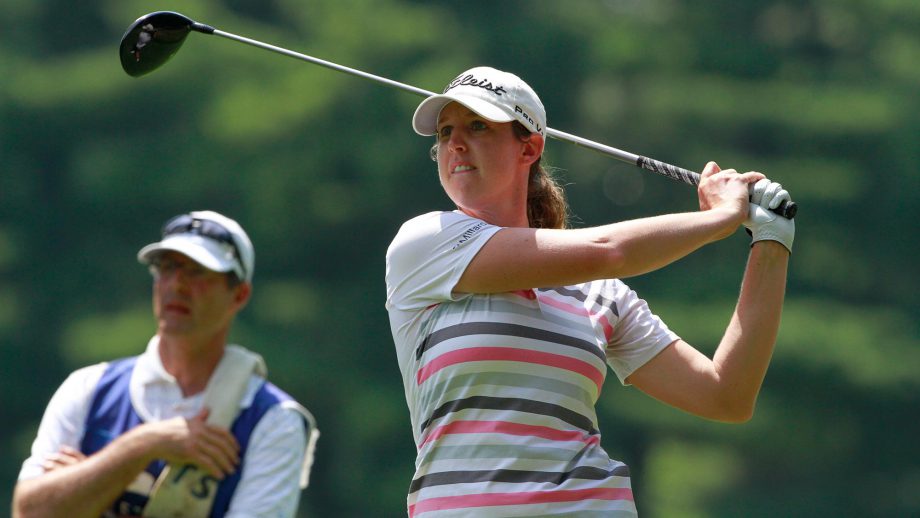 CAMBRIDGE, Ont. – Nicole Vandermade arrived on the putting green Tuesday at Whistle Bear Golf Club, the site of this week’s Manulife LPGA Classic, and the first thing she received was a big hug from Lorie Kane.

“What are you doing here, are you playing?” asked Kane.

“I am!” responded Vandermade enthusiastically, to a high-five from the Hall of Famer.

Vandermade had Monday Qualified the day prior, after a 73 got her through.

She had been playing at her home course – Brantford Golf and Country Club – at least once a week, and thanks to a friendship with Sean Casey at Glen Abbey Golf Club, she practiced there nearly every weekday this summer as well.

On Tuesday Vandermade, who was part of Golf Canada’s National Team from 2006-2011, enjoyed catching up with old friends like fellow Canadian Jennifer Kirby, and the aforementioned Kane. She also managed to get in some practice, as although she lived close to Whistle Bear, she didn’t play the course growing up.

“It’s weird, I played a junior tour growing up where the Tour Championship was at this golf course, but I played a different event that week and couldn’t play here,” she said. “I’ve always known about it but never gotten out.”

The 26-year-old, who has a Bachelor of Science in Kinesiology from the University of Texas at Austin, worked with Golf Canada in the Player Development Experience department this summer. She worked the National Team and Olympians making sure their gear was in order amongst other important tasks.

She finished Friday, and got right to ‘work’ Monday for the qualifier. But despite her quick success, she’s come to the Manulife LPGA Classic without any expectations on what might happen.

“Honestly I’m taking it week by week,” she explained. “I finished work last week, playing here this week obviously, I’m playing the PGA Women’s Championship of Canada (at Credit Valley Golf and Country Club) next week, and then honestly I have no idea what I’m doing after that.”

Vandermade has even begun applying for “real” jobs.

“One is an athletic department at a university, and a couple other local ones. I’ll see what I get back from that,” she stated. “I’ll probably keep playing but honestly I have no idea, I’m just playing and enjoying it and seeing what happens.”

With the addition of the pair, there are now 13 Canadians in the field for the 2016 Manulife LPGA Classic.