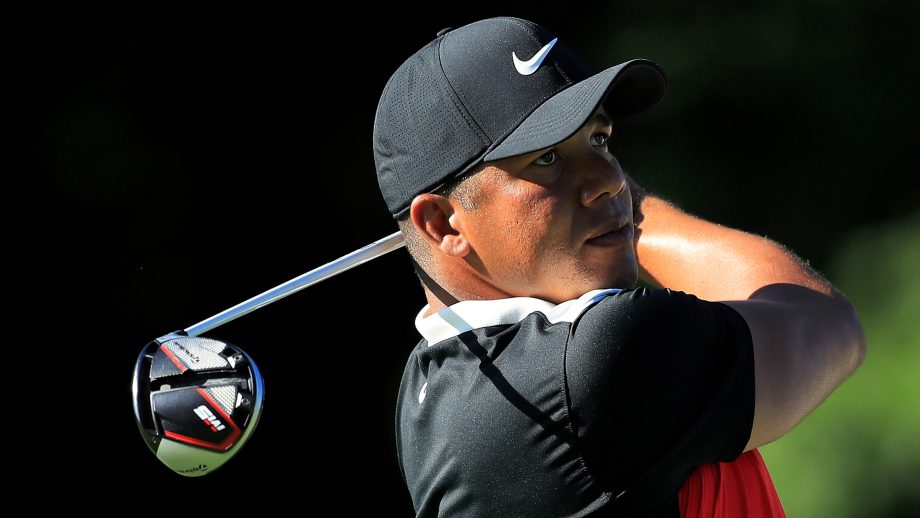 SILVIS, Ill. – Jhonattan Vegas shot a 9-under 62 on Friday in the John Deere Classic to take a one-stroke lead into the weekend.

Off since missing the cuts in the Memorial and U.S. Open in June, , the three-time PGA tour winner from Venezuela said he “found something really good” on the range Thursday after an opening 67.

“Probably the best I’ve felt all year, to be honest,” Vegas said. “I hit the ball extremely well, kind of what I’ve been struggling with a little bit the past few months. It felt really good, in control the whole time with the ball-striking, which is my type of game. So I’m glad that stuff is back.”

“It’s usually soft, and it’s been a little firmer because of the conditions, obviously a little warm,” Vegas said. “It’s the best I’ve ever seen it. The greens are perfect. The fairways are rolling more. It’s actually a little bit tricky because a lot of the fairways, as undulated as they are, you have to be a little careful with some of those run-outs.”

He last won on the tour in 2017 at the RBC Canadian Open.

Andrew Landry was second after his second 65. He birdied the first three holes on his second nine, then played the next six in 1 over with a bogey on the par-4 sixth hole.

“I’ve been hitting the ball very, very well all year long,” Landry said. “The putter has just kind of been letting me down all year long, and it seems to be working pretty good the last two days.”

“Honestly, I was trying to hit it over short left, chip up the green, and I pushed it 5, 8 yards, and it bounced and rolled and I guess it went in. I didn’t see it,” Glover said. “I was just trying to make birdie, and I got lucky with a 2.”

Three Canadians made the weekend cut.

“I hit a really good drive in the rough and it was perfect, and I blasted it and it went too far and smashed the pin and went in,” Varner said. “It was awesome.”

First-round leader Roberto Diaz closed with a double bogey for a 73 that left him at 7 under.

Matthew Wolff, the rookie who won last week in Minnesota, was 4 under after a 71.

Michael Kim, the winner by eight shots last year, missed the cut with rounds of 73 and 72.