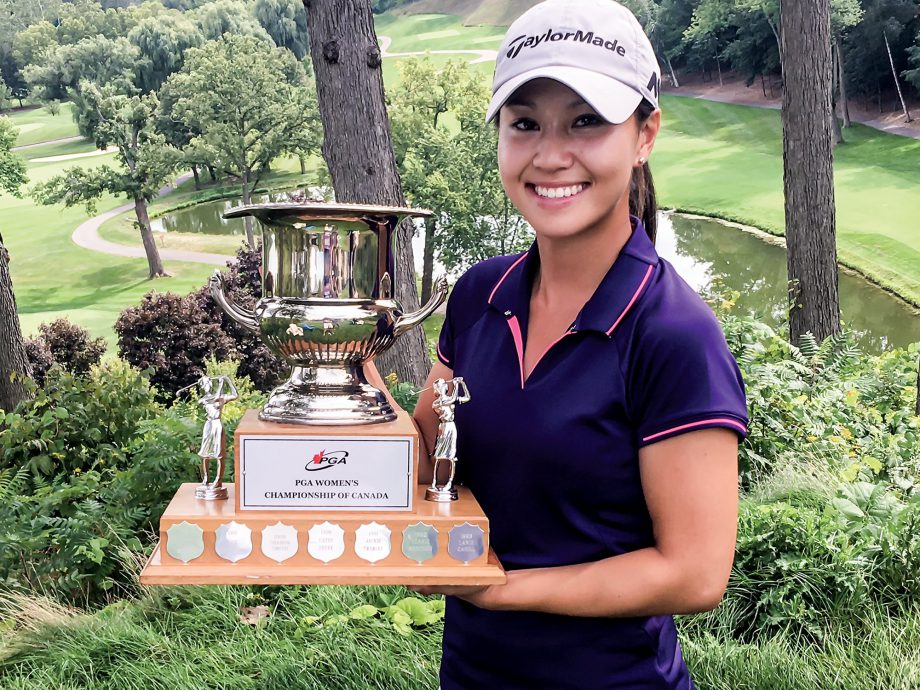 Mississauga, ONT. – Vivian Tsui said she only made one putt all week at the PGA Women’s Championship of Canada. But that one putt just happened to be for birdie on the first extra hole at Credit Valley Golf and Country Club.

“It’s really special to win this prestigious championship,” Tsui said. “All the names who have won this championship before are all legends in Canadian golf and it’s pretty cool that my name is now on that trophy too.”

For the win—her second as a professional—the former N.C. State University star takes home $10,000 and a lot of gained confidence.

“This win, with it coming so close to home and having my dad on the bag this week, will do a lot for my confidence,” Tsui said. “I’ve been in a bit of a rut the last couple weeks but this win solidifies that I still have a nice game.”

The PGA Women’s Championship of Canada was first played in 1987.

The next PGA of Canada national championship takes place Sept. 13-15 at The Golf Club at Lora Bay in Thornbury, Ont., for the PGA Assistants’ Championship of Canada presented by Callaway Golf.