Watson likes everything about Phoenix Open – except course 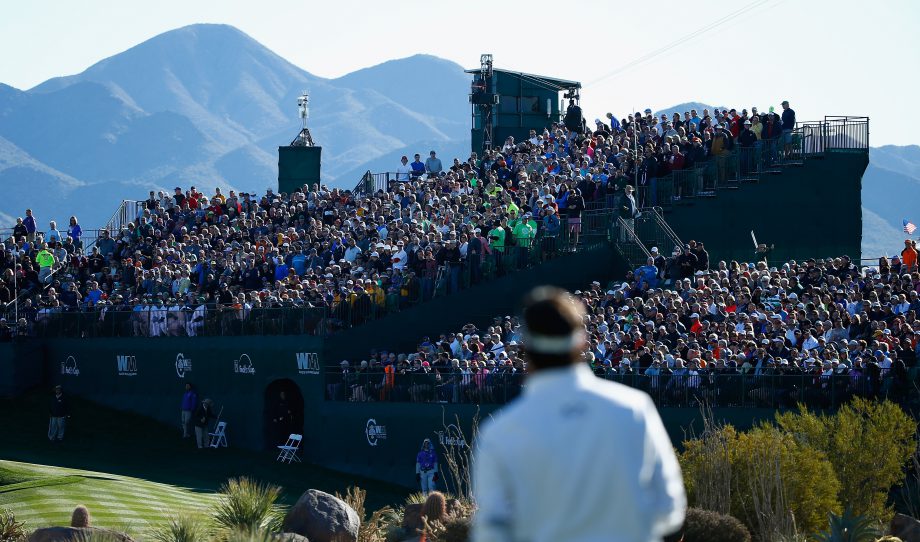 SCOTTSDALE, Ariz. – Bubba Watson repeated that he doesn’t like TPC Scottsdale’s Stadium Course. He also said he loves everything else about the Waste Management Phoenix Open.

“I will have to say, I have to apologize,” Watson said Friday, two days after criticizing the renovated course and saying he was only playing the tournament out of loyalty to his sponsors.

“I used words that I shouldn’t have used. I didn’t explain myself well. My wife says that, too, when I go home. I don’t communicate very well. … It was about the golf course. I’m not a fan of the golf course.”

Two days earlier, Watson was blunt when asked about the course.

“I don’t like it,” Watson said Wednesday. “I’m not going to PC it. I don’t like it at all. … Obviously, I’m here because of my sponsors and everything. … I’ve got three beautiful sponsors that love it here.”

The long-hitting Watson has had a lot success on the desert layout that Tom Weiskopf renovated in 2014. The two-time Masters champion tied for second the last two years and has shot par or better in all 36 of his career rounds in the event, playing to a cumulative 97 under.

“I have played well because we all made the tournament bomb and gouge,” Watson said Friday after his second 2-under 69. “If you notice, the big hitters are hitting it hard and hopefully get the right breaks. … Over the last couple of years, I have made some putts. So far these two days, I just haven’t made putts.”

Watson threw socks – from sponsor Stance Socks – to some fans on the par-3 16th hole, the tournament’s signature stadium hole. He three-putted for bogey on the rowdy hole, missing a 4-footer.

“They love me again,” Watson said. “That’s why I bring the stuff, so they all love me no matter how I hit it.”