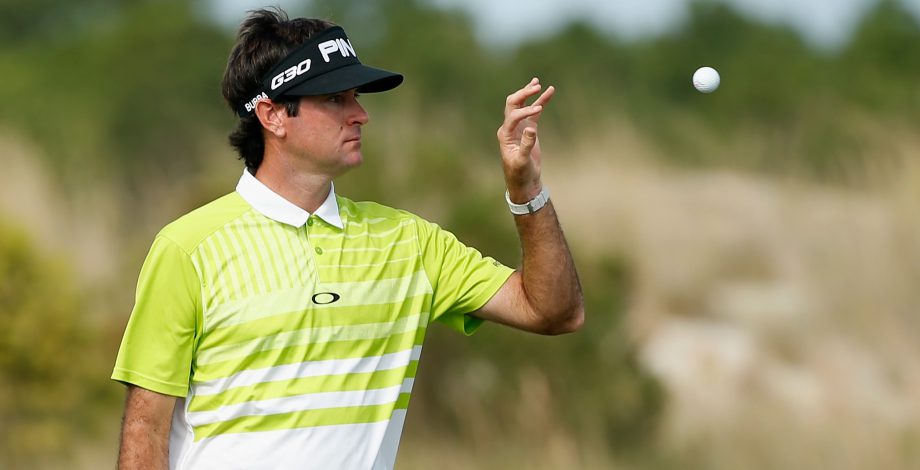 NASSAU, Bahamas – The first time Jordan Spieth saw Albany Golf Club, he predicted Bubba Watson would love the place because it looked so open off the tee.

With virtually no wind, Watson showed just how much he liked it Saturday in the Hero World Challenge. He had seven birdies, holed out a 7-iron for eagle and matched the course record with a 9-under 63 to build a two-shot lead going into the final round.

The record he tied belonged to Paul Casey, who shot his 63 about 10 minutes earlier and was two shots behind.

Tee times were moved up Saturday to avoid a forecast of thunderstorms in the afternoon. With little wind, there was no stopping a world-class field from having their way on the Ernie Els design on the far end of New Providence island.

“The key for me around this golf course, I think for everybody as we’re seeing, when there’s no wind – light wind – we can score,” Watson said. “We’re all good players, don’t get me wrong. We’re all top 50 in the world. But with no wind, this golf course is a little bit easier to make birdies.”

Casey had nine of them through 13 holes, and that wasn’t even enough to get in the lead.

“And then when I started to miss putts, I went back to pars again, which was a shame,” Casey said. “Because obviously, Bubba … I don’t know where Bubba was. I wasn’t thinking too much about a course record, but I was thinking it would have been nice to shoot 10 (under) or more.”

Watson was at 19-under 197, one short of the 54-hole tournament record Spieth set last year on his way to a 10-shot victory at Isleworth.

This is the first time the World Challenge is being played at Albany after one year at Isleworth and 14 years at Sherwood Country Club in California.

Spieth, in a three-way tie for the lead with Jimmy Walker and Bill Haas at the start of the day, had a 68 and fell four shots behind.

“I shot 68 and got lapped,” Spieth said. “It was a day where you really needed to shoot lower. Par for the course is 5 under, especially in these conditions.”

Watson wasn’t even planning to be in the Bahamas. He originally decided to skip the tournament because he didn’t have a passport for his newly adopted daughter, Dakota, and because he’s going to Thailand next week, the two-time Masters champion didn’t want to be away from his kids for two weeks in a row.

But when Jason Day withdrew to stay home in Ohio with his newborn daughter, Watson was able to rush through the documents and play.

Casey wants to support the Tiger Woods Foundation for its work with children and education. He also mentioned the world ranking points and the prize money ($1 million) for the winner. And he would like a trophy to show for his good play this year.

“So there’s multiple reasons, about four really good reasons,” he said about the importance of winning. “Five if you count (Christmas) shopping.”

Even with the low scoring, Watson didn’t get that much separation. Chris Kirk and Patrick Reed each had a 66 and were three shots behind, followed by Spieth and Haas, who also had a 68.

Woods is the tournament host and followed along the final group throughout the front nine, occasionally giving good friend and NBC Sports reporter Notah Begay a lift.

Watson started the third round one shot behind and made up ground in a hurry with birdies on the first two holes. He faced a little wind from 168 yards in the fairway on No. 4 and chose to take off a little on his 7-iron, which turned out to be a wise move when he holed it for eagle.

He never saw it go in, and there isn’t much of a gallery this week.

“I heard a yell,” he said. “At least it wasn’t my mom yelling. I heard somebody.”

Reed was going nowhere with one birdie on the front nine when he saw the scores and figured he better get in gear. Wrapping up his worldwide tour, Reed ran off three straight birdies and then had an eagle on the par-5 15th to get back in the game.

“I finally made a putt and it just kind of propelled me from there,” he said.

Spieth is playing his final round of the year Sunday, and he said he would fire at every flag.