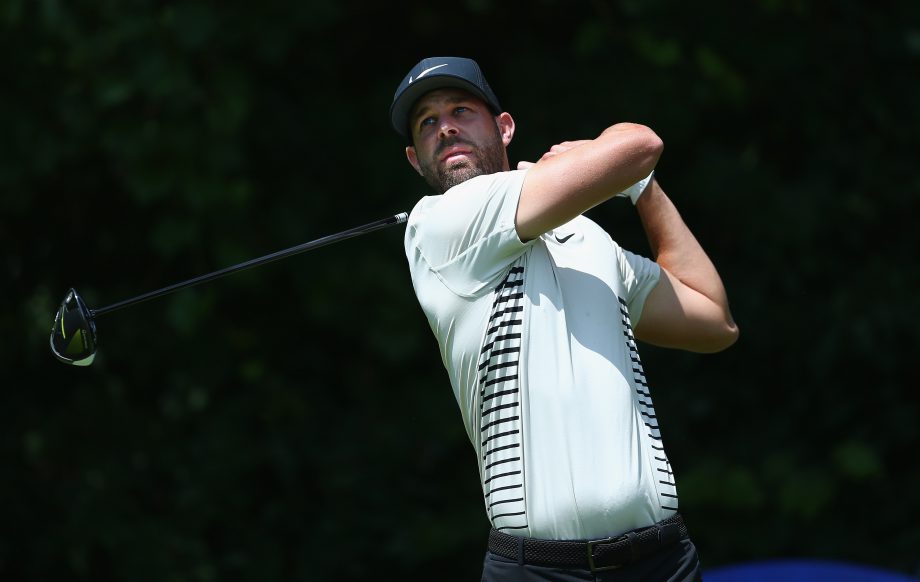 NAPA, Calif. — Kevin Tway made a 10-foot birdie putt on the third hole of a playoff Sunday to win the season-opening Safeway Open for his first PGA Tour title.

The son of eight-time PGA Tour winner Bob Tway, the 30-year-old former Oklahoma State player beat Ryan Moore on the par-4 10th after Brandt Snedeker dropped out on their first extra trip down the par-5 18th.

After strong wind died down in the late afternoon on Silverado’s tree-lined North Course, Tway birdied the final two holes in regulation for a 1-under 71, then birdied all three holes in the playoff.

Moore birdied three of the last four in a 67.

Snedeker, three strokes ahead entering the day and five in front with 11 to play, had four back-nine bogeys in a 74. The nine-time PGA Tour winner bogeyed the first three holes on the back nine, birdied the par-5 16th, bogeyed the par-4 17th and parred the 18th, missing from 9 feet.

Phil Mickelson tied for 17th at 8 under after a 72. Fred Couples had a 75 to tie for 41st at 5 under in his final start in a regular PGA Tour event.

INCHEON, South Korea (AP) —South Korea held off challenges from the United States and England to win the eight-nation International Crown for the first time in front of a delighted home crowd at Jack Nicklaus Golf Club Korea.

The top-seeded host team started the final round two points clear of the chasing pack and won two of the four singles matchups to finish with 15 points, four ahead of the defending champion United States and England.

Thailand finished fourth, and Sweden fifth. Australia, Taiwan, and Japan were all eliminated at the end of the third round.

In contrast to the wet conditions that cost the tournament an entire day’s play on Saturday after Typhoon Kong-rey hit the Korean peninsula, bright sunshine helped produce a big and passionate crowd that cheered the home team on to victory.

In Gee Chun and I.K. Kim won singles matches for South Korea on the 18th hole. So Yeon Ryu rallied from a 2 down deficit to halve her match with Lexi Thompson. Sung Hyun Park was lost to Ariya Jutanugarn of Thailand.

“We never really feel nervous before majors but we have been nervous for a couple of months before this,” Ryu said. “Turns out that because this was home field, we felt comfortable with all the fans that came out to support us, and we had a lot of benefits. The support was incredible.”

ST. ANDREWS, Scotland (AP)— Lucas Bjerregaard of Denmark closed with a 5-under 67 on the Old Course at St. Andrews for a one-shot victory in the Dunhill Links Championship that denied Tyrrell Hatton a chance at his third straight title.

Bjerregaard started the day four strokes behind Hatton but he reeled in the European Ryder Cup player to finish with at 15-under 273.

Hatton, who was attempting to become only the fifth player to win the same tournament in three straight seasons, was six shots clear with 12 holes to play but came undone on the back nine with a 40. He missed a 12-foot birdie putt on the 18th hole that would have forced a playoff.

Bjerregaard won for the second time this year on the European Tour.

The Chinese player closed with a 1-under 71 for a one-stroke victory over Taiwan’s Pavarisa Yoktuan. Liu finished at 19-under 269 at LPGA International and earned $33,750 to take the season money title with $124,839.