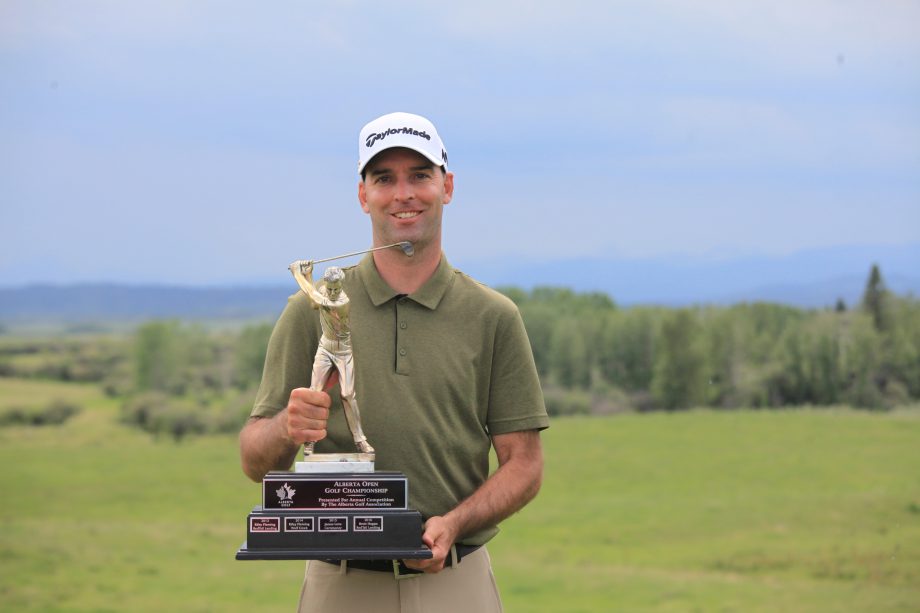 That’s the second most all-time tournament victories only behind the legendary Stan Leonard who won the event nine times between 1937 and 1955.

The 41-year-old veteran closed with a 5-under stretch on the final seven holes to win by three strokes over fellow professionals Riley Fleming and Evan Holmes who finished in a tie for second place at 10-under-par.

“On the back nine we were kind of going back and forth. Every stroke was really important. It was pretty stressful but at the same time really fun. It’s awesome to have three guys in it until the end,” said Heffernan after the round.

Heffernan finished in style with a back-nine score of 31 highlighted by a closing putt made for eagle on the par 5, eighteenth hole to put an exclamation mark on the victory.

When asked about the host venue, River Spirit Golf Club, Heffernan said “the greens were fantastic. If you missed a putt this week it was your fault. Any time you play perfect greens you can shoot numbers like 65.”

The victory comes on the heels of a T6 finish on the Mackenzie Tour – PGA TOUR Canada stop in Victoria, BC just over a week ago.