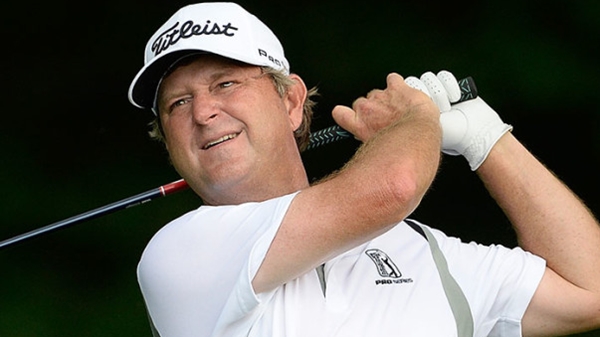 QUEBEC CITY -Wes Short Jr. made an 8-foot eagle putt on the final hole to win the Quebec Championship on Sunday for his first Champions Tour’s title.

The 51-year-old Short played the final 10 holes in 8 under for an 8-under 64 and a one-stroke victory over Scott Dunlap in the first PGA Tour-sanctioned event in the area since 1956.

“It was slow in coming, that’s for sure,” Short said. “The first eight holes I parred, and I get to No. 9 and I hit a hybrid in the sand trap and then hit it out to about 6 feet and I felt like that was a very important putt to make. I made it. Then it seemed to open the floodgates.”

Dunlap, the Boeing Classic winner two weeks ago, also eagled the par-5 18th for a 64.

“Thinking back a couple weeks ago in my comment after getting a win, you can play winning golf and not hoist the trophy,” Dunlap said. “In any given week there’s probably two or maybe three guys who play well enough to win, but sometimes you just get beat.”

Moments after Dunlap’s eagle putt, Short holed a 20-foot birdie putt at No. 17 to pull within one.

Short set up the winning putt with a hybrid from 251 yards on the par-5 closing hole.

“I didn’t really look at the leaderboard until the 18th hole,” Short said. “I looked over and actually I kind of thought I was going to be in the lead or tied with Scott going to the last hole. Then I looked over

there and he had made eagle, so now I’m one behind and I have to birdie the last hole to get into a playoff or he’s going to win. I hit a very nice hybrid in there, and it’s a nice situation to know even if I miss it I was going to have another chance to get in a playoff to win.”

“I was hitting it pretty good, so didn’t really make a lot the first two days,” Short said. “But I saved an awful lot for that last nine holes.”

Brad Faxon and Esteban Toledo, the winner last year at La Vallee du Richelieu in the then-Montreal Championship, shot 71 to tie for third at 11 under. They were tied for the second-round lead.

Jim Rutledge finished tied for 10th at 8-under 208 to top the Canadians in the field.

Two-time U.S. Open champion Lee Janzen closed with a 72 to tie for 23rd at 7 under in his first Champions Tour event. He turned 50 last week.