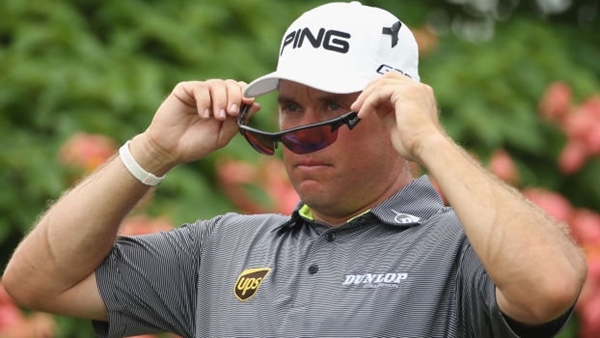 KUALA LUMPUR, Malaysia – Lee Westwood saw his four-shot lead trimmed to just one on Saturday after a bogey at the final hole of the third round of the Malaysian Open.

Westwood shot a 1-under 71 for a three-round total of 14-under 202 but is only one shot ahead of English compatriot Andy Sullivan, who had a 66 as he chases his first tour title. Frenchman Julien Quesne is another three shots back in third place after a 69.

Westwood, who turns 41 next week, won the Malaysian Open in 1997 and is looking for a repeat to end a near two-year winless drought. For a third day in a row he birdied the opening hole of the Kuala Lumpur Golf Club course before dropping a shot with a three-putt bogey at the second.

He added birdies at the fifth – also for a third day in succession – and at the par-3 12th before two-putting the final green for bogey after having to play his approach shot from the slope of a fairway bunker.

“It was tricky out there and I didn’t play as well as I did the first two days and there was some tough flags out there,” Westwood said. “I got a couple of bad breaks out there today but I am leading with a day to play, so I am quite happy with that.”

Italy’s Matteo Manassero celebrated his 21st birthday with his best round of the tournament, a 67 to sit in a tie for 14th at 6 under.

Defending champion Kiradech Aphibarnrat was forced to pull out ahead of the third round because of inflammation of his tonsils.

There was no sign of the hornets that attacked Pablo Larrazabal on the 14th hole during Friday’s second round, forcing the Spaniard to jump into a water hazard. Larrazabal shot a 70 to sit tied for 23rd at 4 under.