Woodland sets himself up for the weekend at US Open 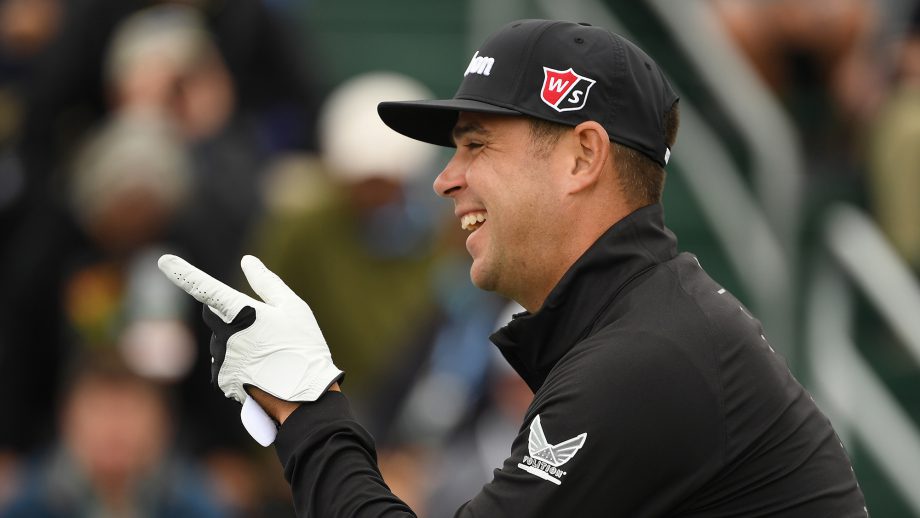 PEBBLE BEACH, Calif. – An impossible par from the rough. An improbable birdie from a divot.

If Gary Woodland can handle whatever comes his way this weekend as well as he did Friday, he might be holding a trophy at the end of the U.S. Open.

Woodland brought his power game to the majors once again, shooting 6-under 65 to head into the weekend at 9 under and with a two-shot lead over Justin Rose.

The 65 matched the record for a U.S. Open at Pebble Beach – a number previously shot by Rose on Thursday, and Tiger Woods 19 years ago.

For Woodland, the feat appeared virtually undoable as he lined up a chip from the deep rough just past the canyon that separates the eighth fairway and green – his second-to-last hole. He made a delicate chip to 15 feet, then sank the putt to save par and give him momentum heading to No. 9.

“That’s one you’re hoping to get close, but it’s nice when it goes in,” Woodland said.

Pumped from that make, he hit a 316-yard drive into the middle of the fairway on the 526-yard par-4 ninth. Perfect, except it came to rest in a divot. Woodland grabbed 7-iron, gouged it out to the right side of the green – then made that 50-footer to take a two-shot lead over Rose.

“It was a nice putt to go in, and kind of keep the momentum going,” Woodland said.

That birdie dropped him to a cumulative 22-under par in the first two rounds of the last four majors. He had the lead heading into the weekend in one of those majors – the 2018 PGA at Bellerive – and played Saturday with Brooks Koepka and Sunday with Woods.

But it turned out to be a bit too much. Woodland shot 71-69 over the weekend and finished in a tie for sixth.

“You learn you have to stay within yourself. You can’t get caught up in what’s going on around you,” he said. “Obviously there’s a lot more noise going on. Playing with Tiger on Sunday, I’d never seen anything like that.”

Tiger won’t be anywhere near him at Pebble Beach on Saturday. He finished with a pair of bogeys to shoot 72 and finished at even-par – still among the 79 players to make it through to the weekend, but with tons of room to make up and not much time to do it.

“We’ve got a long way to go, and we’ll see how it shapes up for tomorrow,” Woods said.

There were 10 players within five shots of the lead, including Koepka, in search of his third straight title, and Rory McIlroy, who made double-bogey on No. 14 after failing to hit the green with wedge on two straight shots. But he followed that with back-to-back birdies to finish at 5 under.

“I didn’t quite get those three shots back, but 2 under for the last four after what happened, I’m very pleased with it,” McIlroy said.

He was one of 31 players to finish under par after a second consecutive day of calm wind and cloudy skies that brought an occasional thin mist across the course.

Pleasant enough, though not everyone enjoyed their trip around Pebble Beach.

Patrick Reed flubbed a chip at the right of the 18th green and snapped his wedge over his thigh. He made double-bogey there to make the cut on the number, at 2 over.

Francesco Molinari was cruising at 5 under before he put one in the canyon on No. 8 – the start of a double-bogey-bogey finish that left him tied for 19th, at 2 under.

“I liked it more before the last two holes,” Molinari said, when asked about his position.

But it’s the U.S. Open. Nobody can feel too comfortable.