Woods pulls out of US Ryder Cup consideration 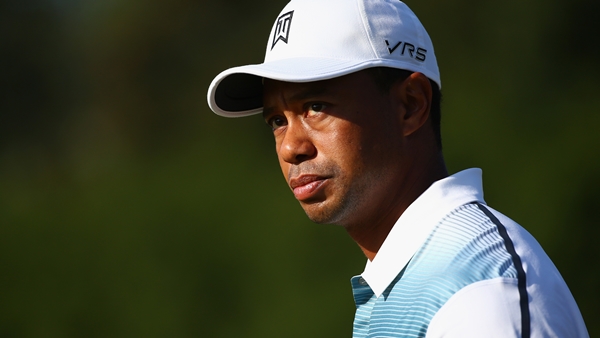 Tiger Woods removed himself from consideration for the Ryder Cup team Wednesday evening with a clear message that he is not healthy enough to play.

One day after U.S. captain Tom Watson said he trusted Woods to give him the “straight skinny” on the condition of his back injury and his game, Woods said he called the 64-year-old captain to say he would not be available.

The decision spares Watson from having to leave Woods off the team, and it eliminates a distraction over the next three weeks before Watson announces his three captain’s picks for the Sept. 26-28 matches against Europe at Gleneagles.

“I have already spoken to Tom about the Ryder Cup, and while I greatly appreciate his thinking about me for a possible captain’s pick, I took myself out of consideration,” Woods said in a statement on his website. “The U.S. team and the Ryder Cup mean too much to me not to be able to give it my best.”

That he was even under consideration was mildly surprising.

Woods’ best finish this year was a tie for 25th because of nagging back issues at the start of the year that led him to have surgery on March 31. He missed two majors, including the Masters for the first time, and did not return for three months. In the four events he played upon his return, he missed the cut twice, withdrew during the final round at Firestone and finished 69th in the British Open for his worst 72-hole result in a major.

“My primary wish is for Tiger to be healthy and competitive, and I hope that he’ll return to the game very soon,” Watson said in a statement released by the PGA of America. “Of course, I’m disappointed that Tiger Woods has asked not to be considered for the U.S. Ryder Cup team, and that his health is not where he would like it to be. However, I think we can all agree that we need Tiger Woods in this great sport, and he has taken the high road by informing me early on in the selection process.

“My focus will remain on identifying three players to join the U.S. team and give us the best chance for success at Gleneagles.”

Woods said his recent back trouble was not related to the impinged nerve that led to surgery.

He missed the cut by five shots at Valhalla, and he grimaced for the final three hours of the second round at the PGA Championship.

“I’ve been told by my doctors and trainer that my back muscles need to be rehabilitated and healed,” Woods said. “They’ve advised me not to play or practice now. I was fortunate that my recent back injury was not related to my surgery and was muscular only.”

Woods said he would not return until his World Challenge in Orlando, Florida, the first week of December.

Watson and Woods have never been close, and they only talked about his Ryder Cup situation for the first time a few weeks ago. Even so, Watson said all summer that he wanted Woods on the team provided he was healthy and playing well.

And while Woods was injured and not playing at all, Watson remained interested.

Watson already has lost Dustin Johnson, who went 3-0 at Medinah in the last Ryder Cup, because he has taken an “involuntary leave” to face “personal challenges.” Jason Dufner, who went 3-1 in his Ryder Cup debut two years ago, has a neck injury and is out indefinitely. Dufner fell out of the top nine who automatically qualified.

Watson already has three rookies on his team – Jordan Spieth, Jimmy Walker and Patrick Reed – facing a European team that features Rory McIlroy and three other players from the top five in the world.

American players have three weeks to audition for Watson before he announces his picks Sept. 2 in New York.

This will be only the second Ryder Cup that Woods does not play. He missed the 2008 Ryder Cup at Valhalla while sitting out the second half of the season following reconstructive knee surgery. That was the last time the Americans won the Ryder Cup.