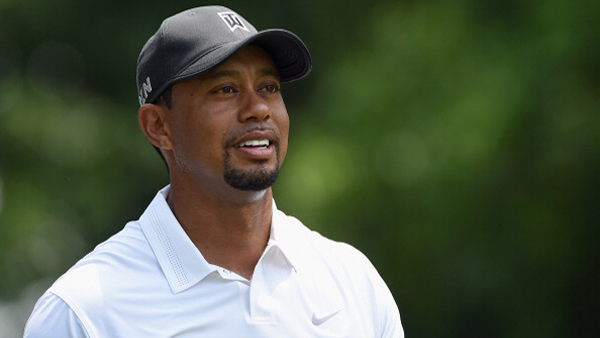 SOUTHPORT, England – Ryder Cup captain Tom Watson says that Tiger Woods will be on the U.S. team if he’s healthy and playing well.

But what if he’s healthy and not playing at all?

Woods is at No. 209 in the FedEx Cup and needs to get to No. 125 to qualify for the playoffs. This next month of three tournaments – the British Open, Bridgestone Invitational and PGA Championship – ultimately will decide if he’s in Gleneagles for the Ryder Cup the last weekend in September.

“He’ll be considered less of a pick then if he didn’t have a track record going into the Ryder Cup,” Watson said last week. “He’d be the first to tell you, `I haven’t been playing.’ How he’s been playing and if he’s healthy, those are the two factors that I’ll weigh in choosing him. That’s just common sense, in my opinion.”

Here’s a common-sense way to look at the next month:

-If Woods qualifies for the FedEx Cup playoffs, he’s on the team. He’ll have played good golf to get there.

-Even if he comes close to the playoffs, Watson might consider that reasonable form to be one of three picks.

-If he doesn’t feature in any of the three tournaments, and doesn’t come close to making the playoffs, Woods will have two weeks out of golf (unless he chooses to play a Web.com Tour event) before Watson has to make his picks.

“I’ll be watching Tiger as he plays,” Watson said. “He’ll be playing at The Open Championship. Hope to get together with him there and tell him my feelings. … Right now, he’s way down the list as far as points. But who wouldn’t pick Tiger Woods to be on your Ryder Cup team? That is the question to everybody. Who wouldn’t pick him?”

Fred Couples reached that conclusion three years ago for the Presidents Cup, except the timetable was different. Woods missed two majors in 2011 because of injuries and didn’t qualifying for the playoffs. Couples declared him to be on the team a month before making his picks.

“There is no reason for me to wait,” Couples said. “He’s the best player in the world forever.”

Those matches, however, were not played until November. Watson might not have that luxury.

STACY’S MEMENTO: Stacy Lewis keeps most of her old golf clubs in the garage at home in Florida, except for three special clubs that are upstairs in a Solheim Cup bag.

One is her 5-iron that she hit into the 17th hole at St. Andrews last year, the signature shot of her victory in the Ricoh Women’s British Open. The other two are putters that produced wins – except one of those putters wasn’t meant to be there.

The first putter is what she used to win the Kraft Nabisco Championship for her first major, and then she eventually changed putters.

As for the other?

The smile suggested there was more to the story, and there was.

The putter was not bent for technical reasons.

“This was an `accident’ bend,” she said.

Toward the end of last year at the Lorena Ochoa Invitational, Lewis was going through a spell of mediocre putting when she walked off the fourth green and slammed her putter against the bag.

On the next hole, she noticed it was bent and she could no longer use a damaged club. She went to a sand wedge to putt with the leading edge, eventually switched to a pitching wedge and even made a couple of 20-footers. She went to a pro shop and found an Odyssey putter – the Callaway staff estimated it to be 8 years old – and had it prepared to her specifications. Lewis went on to tie for second.

She learned to putt with a wedge in an emergency. She has not slammed her putter against the bag since. And while she was sentimental toward that bent putter, the new one is working out OK. Lewis already has won three times this year and is No. 1 in the world.

OPEN PRIZE MONEY: The British Open will have the largest purse in major championship history, a record that will last for all of three weeks.

Part of that is because of a strong exchange rate in the UK, which currently is about $1.71 per British sterling.

The Open has increased its prize fund to 5.4 million pounds, which is about $9.24 million and nearly $250,000 higher than the U.S. Open and Masters this year ($9 million each). That will be topped at the PGA Championship, which this year features a $10 million purse.

RYO IN THE CLUTCH: Ryo Ishikawa won last week on the Japan Golf Tour for the first time in 20 months, and timing could not have been better.

By defeating Koumei Oda in a playoff, Ishikawa moved up to No. 76 in the world ranking.

The ranking this week is used as the alternate list for the British Open, and when Steve Stricker withdrew Tuesday, Ishikawa took his spot at Royal Liverpool.

Ross Fisher is the next alternate, followed by David Hearn of Canada, Daniel Summerhays and Seung-yul Noh of South Korea.

LEHMAN & SONS: Tom Lehman has played the British Open every year since winning in 1996 at Royal Lytham & St. Annes. That streak ends this year so Lehman can spend time with his family – specifically his two sons, and he’ll be plenty involved with golf.

Lehman’s two sons, Thomas and Sean, are both playing competitive golf this summer and have two tournaments during the British Open at Hoylake and the Senior British Open in Wales. Lehman has withdrawn from both championships to support his sons in their tournaments.

DIVOTS: Baltusrol has been selected to host the U.S. Junior Amateur in 2018, the 16th time the New Jersey course will have staged a USGA championship. That matches the second-highest number of USGA championships by any club. Merion has hosted 18 USGA events. Baltusrol, The Country Club and Oakmont are next at 16. Oakmont gets its 16th when its hosts the U.S. Open in 2016. … The R&A has appointed Mark Lawrie as its director in Latin America, where he will be involved with the Latin America Amateur Championship. He previously was head of the Argentina Golf Association. The Latin America Amateur is run by the R&A, Augusta National and the USGA. … Brendon Todd has five top 10s in his last six tournaments, starting with his win at the Bryon Nelson Championship. The exception was a tie for 17th in the U.S. Open.

STAT OF THE WEEK: The last three British Open champions played in the Scottish Open the previous week.

FINAL WORD: “I felt like a doughnut fresh out of the fryer, rolling around in the sugar.” – Michelle Wie, on winning the U.S. Women’s Open.