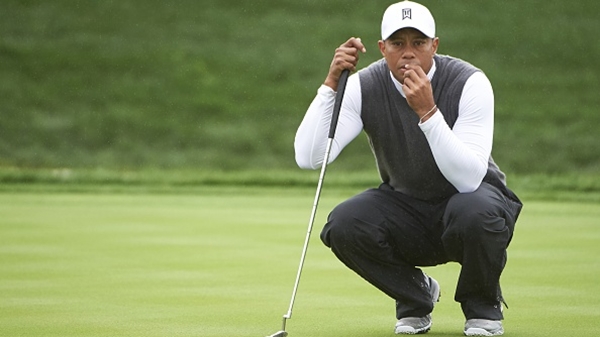 PALM HARBOR, Fla. – Tiger Woods will not be at Bay Hill for the Arnold Palmer Invitational, the second tournament he has missed since stating a month ago that he would not return to golf until his game was ready.

Woods still wasn’t ruling out the Masters in a brief statement Friday on his website.

“I’ve put in a lot of time and work on my game and I’m making strides,” Woods said. “But like I’ve said, I won’t return to the PGA Tour until my game is tournament ready and I can compete at the highest level.”

He said he spoke to Palmer on Friday to tell him he would not be at his tournament.

Woods is an eight-time winner at Bay Hill. This will be the second straight time he has missed the Arnold Palmer Invitational. A year ago, he had a back injury that led to surgery a week after the tournament, causing him to miss the Masters for the first time.

“I hope to be ready for the Masters, and I will continue to work hard preparing for Augusta,” Woods said in his statement.

Woods has fallen to No. 79 in the world, his worst ranking since the week before he won his first PGA Tour event as a 20-year-old in 1996. If he does not play leading up to the Masters, he will be out of the top 100 when _ or if _ he gets to Augusta.

The decision ramps up speculation on the state of Woods – his mind and his game – leading to Augusta.

He has played only 47 holes this year. Woods missed the cut in the Phoenix Open with a career-high 82 in the second round. A week later, he withdrew after 11 holes at Torrey Pines for tightness in his lower back.

He said on Feb. 11 that his scores were not acceptable and that he would not return until his game was up to his standards.

Since back surgery on March 31 of last year, Woods has completed only two 72-hole events. He finished 69th in the British Open, 23 shots behind Rory McIlroy. And he tied for last in an 18-man field at the Hero World Challenge at Isleworth, a course he has played more than any other.

Most shocking about his debut in 2015 was his short game, a collection of bladed shots and chunks that have led to debate over whether he has the yips.