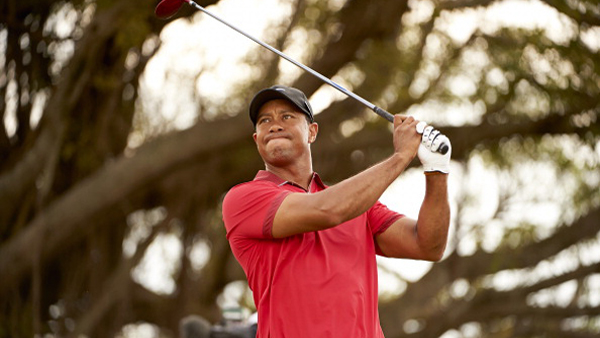 PINEHURST, N.C. – Tiger Woods is making progress in his recovery from back surgery and starting to extend his swing, his agent said Tuesday.

Woods already has missed two majors this year while he recovers from a microdiscectomy on his back on March 31. He last played on March 9 at Doral, when he closed with a 78 despite the pain in his lower back. Woods has said he has no idea when he will be healthy enough to return to competition.

A report on Golf Channel’s morning show said he was taking full swings at the Medalist Golf Club in South Florida.

“Tiger is progressing like he expected,” Mark Steinberg of Excel Sports Management said in an email. “Feeling good each day. As each day passes and he feels that way, he lengthens the swing a bit.”

Woods is the tournament host next week for the Quicken Loans National at Congressional. It is not expected that he will play. The deadline to enter is Friday. This is the first year of title sponsorship for the Detroit-based company.

The last time Woods missed two majors in one year because of injuries was in 2011, when he sat out the U.S. Open and British Open to let his leg fully recover. That year, he returned at Bridgestone Invitational in early August, a World Golf Championship that has no cut.

In a promotional day for Quicken Loans last month, Woods said he was chipping and putting in a way that did not require rotation in his back. That was four weeks ago.

He also did not know how much time it would take for him to be ready for a tournament once he could take full swings with no pain.

“The more time you give me, I think the better I’ll be,” he said. “The great thing about what I’ve done so far and all my other previous surgeries is that I worked on my short game. Once I start expanding from there and start competing and playing, if I start spraying it all over the lot and not hitting it that great, at least my short game is solid. That’s one of the positives to it.”

Woods has slipped from No. 1 to No. 4 in the world ranking, and he is likely to fall a couple of more spots in coming weeks. He is at No. 207 in the FedEx Cup standings – having finished 72 holes only once this year – and the top 125 get into the playoffs that start Aug. 21.

The news comes one day after Martin Kaymer won the U.S. Open with the second-lowest score in history at 271. The overnight rating for NBC Sports was 3.3, down 46 percent from the previous year at Merion.